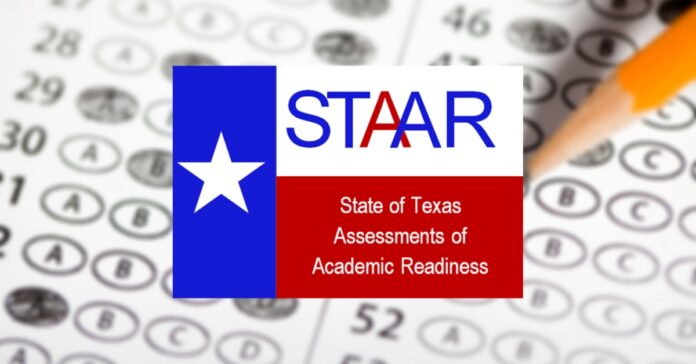 Perhaps the one issue generating the most bipartisan support in Texas politics might be a desire to see the state standardized testing radically reformed or entirely eliminated. Both Republicans and Democrats have criticized the State of Texas Assessments of Academic Readiness (STAAR) Test for years.

Since its creation, STAAR has been controversial and cumbersome to carry out, while results have been less than stellar by any measure. But lawmakers opted to continue to spend an exorbitant amount on the system, which is equally hated by students, parents, educators, and voters alike.

The STAAR testing system is what has been known as a “high stakes” test — results of which could determine whether a student could advance to the next grade and, ultimately, graduate. The fear of poor scores caused many students to spend their study time in cram sessions and remedial classes to prepare to pass.

Cynthia Ruiz, Pflugerville area educator said “I had kids drop out because they didn’t see light at the end of the tunnel.” The pressure was so severe that Ruiz said “Some students felt it was safer to go for a GED or an online diploma than to risk failing the STAAR test and finding themselves unable to graduate.”

Thus, changes are a long time coming, advocated by educators and politicians, and advocacy groups alike. The list of criticisms of the test has grown over the years – but one in particular highlights the failure — not only of standardized testing in general — but STAAR in particular.

Sara Holbrook, a poet, and educator in Cleveland, Ohio, wrote in an op-ed in the Huffington Post stating she could not answer questions regarding her work included in the Texas testing for middle schoolers.

According to Holbrook, one question about her poem “Midnight” asked why the author used a stanza break, a break which she said was correctly placed and printed.

Holbrook wrote she added the stanza break to show a pause in how she reads the poem aloud — an answer which was not among the options given. “What does this prove about a kid’s reading ability?” Holbrook asked. “Not anything!”

In addition to these substantive shortfalls, STAAR testing is also very expensive for taxpayers, in a state which consistently chooses not to properly fund public schools.  Texas awarded contracts totaling $388 million for four years in 2021 to two companies, Cambium, a D.C.-based company, and Pearson, a London-based company, which developed and administered STAAR for the state.

And through the various versions of state-mandated testing over the last two decades — no significant level of satisfaction — has yet been achieved.

Historically, perhaps no other state has been as active in altering state standardized testing requirements, and changes made to testing expectations in Texas have gone beyond what the federal regulations mandate in an attempt to maintain high levels within the state.

Going back to the governorship of former president George Bush, state Republicans began to be more engaged in education reform, long thought to be a Democratic issue. Both parties have sought to improve education outcomes of historically underperforming low-income and minority children in the decades since the ramped-up testing began.

The Texas Education Agency’s (TEA) long-awaited changes will be implemented this spring, as the testing was revised under the purview of House Bill 3906, authored by now former State Rep. Dan Huberty, R-Houston.

Passed in 2019 in a unanimous vote by the 86th Texas Legislature, the bill addresses several components related to the STAAR testing system, including expanding input from educators and providing more flexibility at the campus level for scheduling and administration of the tests.

According to TEA, STAAR testing has been redesigned to align more closely with proven classroom instruction methodologies, and the changes are based on work completed by a wide range of education stakeholders, including the Assessment Education Advisory Committee.

Online testing will be mandated but has largely already been rolled out around the state. In 2022, more than 80 percent of Texas students took the test online, according to the TEA.

With the new changes to the tests set to begin this spring, a bipartisan range of groups is skeptical the changes will actually help Texas students, as calls for abolishing the testing altogether continue despite the contracts in place to continue them.

More recently, left-leaning political candidates like Beto O’Rourke, state education unions, and some conservative groups, have advocated revising or abolishing STAAR testing. They have criticized the tests for multiple reasons, such as not measuring tangible skill, or lacking any connection to providing students with the ability to utilize those skills in either the labor force or the workforce.

The fight over accountability will continue throughout the session, with policy makers working to find better solutions to improve  student performance.