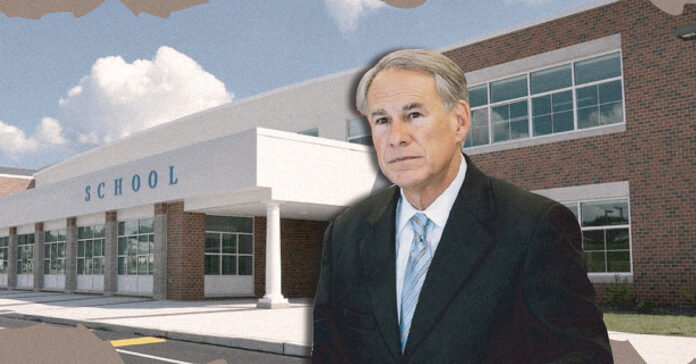 As of the writing of this article Texas is in the middle of “school choice” week, so proclaimed by Gov. Greg Abbott several days ago.

The announcement comes at a time when Abbott seems to be making quite a few pronouncements, at times including the topic of school choice with tax reform.

“This upcoming session, you’re going to see a stronger, swifter, more powerful movement advocating school choice than you’ve ever seen in the history of the State of Texas,” Abbott told press at an event in Kingwood announcing his tax reform plan.

The co-mingling of school choice issue with taxes leads many public education advocates to be concerned that Abbott may be making overtures to reform property taxes on the backs of Texas’ 5.4 million public school children. This comes at a time when the Texas Legislature just passed a massive public education funding bill in 2019 infusing $6.5 billion into the state’s public school system.

Texas public school funding – a huge part of the state’s budget, is heavily reliant on property taxes – making up the lion’s share of a homeowners property tax bill each year. Public school advocates are worried that Abbott may plan to redirect that funding stream away from traditional public school districts toward other options, including private school vouchers and charter schools.

While Abbott has stopped short of overtly stating support for vouchers, he recently announced a “Parental Bill of Rights” which seems to imply that there are parental concerns about the alleged teaching of “critical race theory” and possible unacceptible and obscene material in public school libraries. Abbott’s bill of rights, released at a charter school in Lewisville, Texas, states that “there have been some reports of some school  districts prohibiting parents from voicing their concerns about school curriculum and policies.” The bill of rights released by Abbott’s office does not provide specific details of which school districts might be guilty of such charges.

These pronouncements are viewed by some advocacy groups as fodder for Abbott’s political base during a gubernatorial campaign with primary political rivals, a general election opponent that threatens to affect down-ballot supporters, and a potential presidential bid from the Texas Governor.

Some say that the parental bill of rights is much ado about nothing designed to enhance Abbott’s position. According to the Association of Texas Professional Educators (ATPE), one of the state’s largest public school advocacy organizations, “The so-called ‘Parental Bill of Rights wouldn’t give Texas parents any new rights. Every ‘issue’ described is already addressed in existing state law and local policies.”

The folks at ATPE are referring to Chapter 26 of the Texas Education Code which gives parents the right to the issues which Abbott is referring, including the right to information about academic programs, the virtual school network, access to student records, access to teaching materials, full information about their student, and a litany of other issues that Abbott’s “bill of rights” doesn’t even cover. It seems little wonder that folks think Abbott is trying to stir his political base by pretending that these rights don’t exist and he is introducing the concept when the current rights are above and beyond what he is proposing.

According to many pundits, Abbott seems to be hedging his re-election and potential presidential aspirations on his far-right-wing base and their concerns about “critical race theory”, school library books, and hopes of vouchers in Texas – the last issue something that Texans consistently poll negatively about and have repudiated for well over 20 years. Vouchers have been introduced into the Texas Legislature every session since the mid-90s. In the latest Texas Legislature in 2021 vouchers were voted down in the House by 115 – 35. The other two culture wedge items have a short shelf-life. Abbott may do better to hitch his wagon to the civic and community organizations that educate and prepare over 90% of Texas’ future workforce – public schools.

He probably won’t because of the ideological box into which he has painted himself. All of which could lead to a short political future for the current Texas Governor.