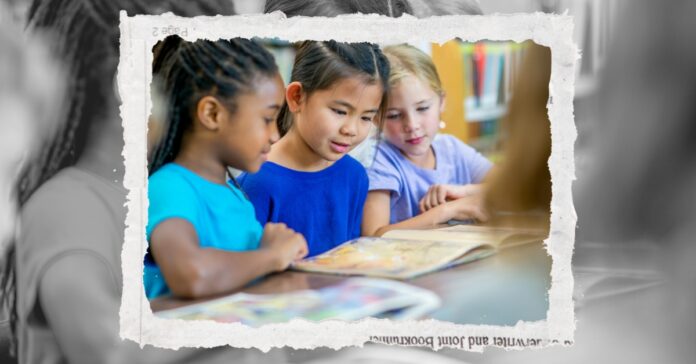 The COVID-19 pandemic had a major negative impact on literacy, but even after things have returned to mostly normal, Houston ISD kids are struggling with literacy.

According to the latest reading screeners, about 44 percent of first graders are reading below the appropriate level. This is down 10 percent from 2019. Second and third graders are performing at similar levels. While the pandemic certainly exacerbated the problem, its causes predate the outbreak.

“It really comes down to the haves and have-nots,” Michelle Williams, a teacher at Forest Brook Middle School, told The Houston Chronicle. “It’s been like this since before the pandemic, but the pandemic put us in a crisis that unveiled to the world what was happening in HISD with students that are economically disadvantaged, emerging bilinguals or any other special population.”

When students were learning from home, it gave teachers and administrators a chance to see directly into the home lives of their students. This included older siblings having to babysit younger ones, poor surroundings, missed meals, bad internet connections, and other indications of poverty.

The link between poverty and literacy is well established, both as a cause and a result. According to Literacy Texas, 43 percent of adults with the lowest level of literacy live in poverty as opposed to 4 percent of those with the highest level of literacy. Nearly 2 million Texas children live in poverty, a number that has risen dramatically since pandemic assistance expired.

Houston ISD is hoping to counteract some of the losses thanks to billions of dollars worth of education investment from the federal government. However, it may be years before the money spent begins to dig students out of the literacy hole.

There is some indication that the Texas Legislature will approve some increased education spending using the $30 billion state surplus. Whatever is left over after Governor Greg Abbott and Lt. Governor Dan Patrick’s proposed tax cuts for homeowners will likely go to teacher salaries and support for retired educators. With the pandemic in remission, the call for better internet infrastructure for remote students, mainly rural and disabled children, is likely a low priority.

COVID laid out in stark detail just how many children are unable to complete their schoolwork due to circumstances at home. These include a lack of childcare, nutrition, and technology. These systems were put under tremendous strain during the outbreak, and now the effects are being felt through test scores.

Correcting the downward trajectory will involve massive amounts of state resources. With the legislative session only days away, many education groups are already petitioning their representatives to spend some of the tax windfall on schools.

Unfortunately, if the last session is any indication, most of the conversations about public schools will revolve around culture wars such as further restricting the rights of trans students and banning books from libraries that deal with LGBT issues, racism, and the labor movement. Much of the focus appears to be on securing better endowments for secondary schools, rather than addressing the problems in primary ones.