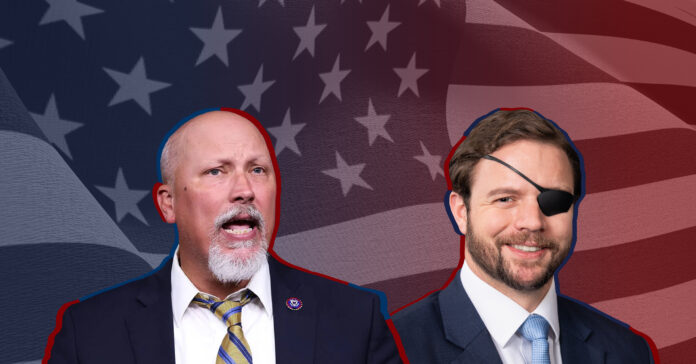 For the first time in a century, the new U.S. Congress is operating without a speaker chosen on a first vote. Three Texas Republicans are instrumental in denying the office to Rep. Kevin McCarthy (R-California).

As the House Minority Leader during the previous Congress and one of the most prominent Republicans in the lower chamber, McCarthy was the heir-apparent to Nancy Pelosi when the Republicans won narrow control of the House in the midterms. However, he is facing a revolt from the far right portion of his party. Four rounds of voting to determine the Speaker have gone through, with McCarthy failing to secure the 218 needed to assume the office.

Initially, none of the dissenting representatives were from the Lone Star State. Instead, they were led by Matt Gaetz (R-Florida), who accused McCarthy of not obstructing enough bills supported by the Biden Administration.

That changed when the first vote was cast. Three Texans joined the fight against McCarthy: Michael Cloud, Chip Roy, and Keith Self.

Cloud bases his opposition to McCarthy around changes he wants made to the rules of Congress. Specifically, he wants individual members to have more power to submit amendments and hold up legislation. Such changes would allow a small, far-right minority in the Republican caucus to derail compromise bills with the Democrats.

This sentiment was echoed by Self.

“As I saw the process develop, I realized some of the more moderate Republicans have made concessions – and that’s their word not mine – concessions in order to get Kevin across the line,” he told WFAA. “I don’t see them as actually believing in the rules. And if the majority of the majority doesn’t believe in the rules we’ve established, I’m not certain they’ll be enforced,” he said.”

Roy has emerged as a major agitator in the anti-McCarthy wing. The Austin representative initially voted for Byron Donalds (R-Florida) before switching his allegiance to Jim Jordan (R-Ohio). Roy appears to have made the fight a matter of personal honor, having rebuffed considerable compromises offered to appease the far-right. Rep. Michael McCaul (R-Texas) went to ask Roy what else the dissenters wanted and said they “couldn’t answer the question.)

This led to some tense party infighting, with fellow Texas Rep. Dan Crenshaw appearing on Fox News to say that the whole fight made the GOP look foolish, and Roy asserting that he will hold the line regardless.

There was a similar fight over Pelosi’s last tenure as Speaker, though she managed to handily win the first vote when it came time to count. However, that fight came from her party’s moderates and Democrats in red-to-purple districts. By contrast, McCarthy is being blocked mostly by Republicans from deep red districts who are virulently anti-establishment. Like the Tea Party revolution in 2011 that dogged former Speaker John Boehner until he resigned in frustration, if McCarthy does eventually triumph he will be in charge of a fractured caucus that is more beholden to political chaos and annoying the president than passing actual legislation.

Meanwhile, Democrats universally lined up behind Hakeem Jeffries (D-New York), who currently has the second most votes for the Speakership but is not expected to win once the Republicans decide what they’re actually going to do.