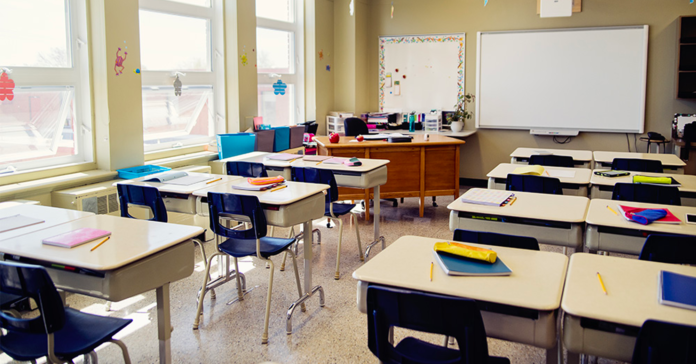 In a shocking audio recording obtained by NBC News, an administrator in the Carroll Independent School District in Southlake advised teachers that if they have books dealing with the Holocaust they should prepare to also have books on “opposing” “perspectives.” The incident reveals just how badly the Republican-led quest to hamper teaching the truth about white supremacy in Texas schools is affecting curriculums.

The recording happened during a training session regarding what books could be in classrooms. Gina Peddy made the statement four days after a parent of a fourth-grade student had complained about an anti-racism book in their child’s classroom. Peddy made specific reference to House Bill 3979, the so-called “critical race theory” bill recently signed into law. The law’s text prohibits the teaching of any lesson that makes students feel blame or shame based on their race. The practical application of the law is that white students and their families are now allowed to complain if the teaching of any aspect of white supremacy and its horrific effects on history makes them feel uncomfortable. The bill was a top Republican priority aimed at shutting down historical examination of white supremacy in public schools.

“Just try to remember the concepts of 3979,” Peddy said in the recording, “And make sure that if you have a book on the Holocaust that you have one that has an opposing, that has other perspectives.”

When a teacher asked how someone opposed the Holocaust, Peddy responded with “Believe me, that’s come up.”

While authorities, including the Texas Teachers Association, have called Peddy’s comments an overreaction to the law, at least four Carroll teachers told NBC under anonymity that they were worried about the consequences of teaching books about the Holocaust from victim’s perspectives such as The Diary of Anne Frank or Lois Lowry’s Number the Stars.

The fact is that the new law is a dedicated and concerted effort to censor the teaching of history in order to preserve white feelings at the expense of confronting historical facts. Early versions of the bill did include a more robust curriculum that addressed white supremacy’s role in slavery and Native Texan relations, but that language was ultimately stripped out of the final version.

In hearings for the bill, State Rep. James Talarico (D-Round Rock) protested the fact that white supremacy was not being addressed in Texas schools. After repeated defenses that the subject was already adequately taught, chair of the State Board of Education, Keven Ellis (R-Lufkin) had to admit that tackling white supremacy was not explicitly anywhere in the state’s curriculum.

Whether a teacher would actually be punished for addressing the Holocaust without also defending the Nazis or, more likely, blaming white supremacy for slavery instead of long-debunked myths about financial necessity is beside the point. The threat alone is enough to keep teachers quiet on the subjects, meaning that fewer students will learn the truth about America’s racial past. The ignorance preserves the modern white supremacy status quo, which seems to be a top priority for Republicans.