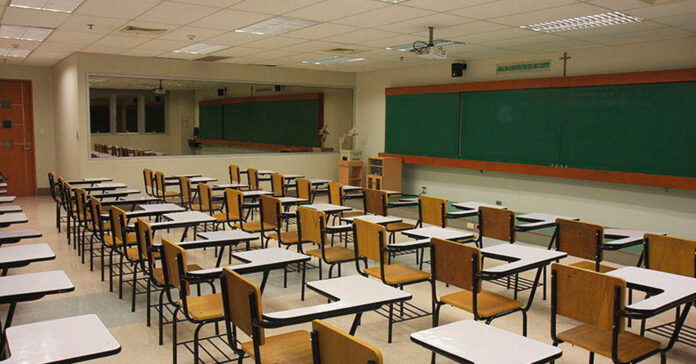 After months of controversy over public school lessons and library books, educators, parents, and advocacy groups from around Texas came together to discuss a once-in-a-decade rewrite of the state’s social studies curriculum.

The debate over how race and LGBTQ issues are taught in public schools has become a huge part of the state’s political backdrop. On Monday, at the State Board of Education, nearly 130 people signed up to testify.

According to The Houston Chronicle, conservatives believe that liberals have smuggled their ideology into public schools. Meanwhile, those on the left believe the recent education policies pushed by Republicans are extremist and harmful.

For the past year, Texas teachers and staff have had to fight off Gov. Greg Abbott and other Texas leaders, who spent most of their time attacking schools. From supporting a ban on “critical race theory,” to going all Fahrenheit 451 on library staff.

The law inspired by critical race theory restricted how racism and the legacy of slavery can be addressed in class, and efforts to ban books from public schools and libraries mainly focused on race and LGBTQ perspectives.

Carisa Lopez, political director for the left-leaning watchdog group Texas Freedom Network, said the board politicized the social studies curriculum in 2010 and this year’s drafts were going to be an improvement.

According to The Houston Chronicle, the new standards were written by volunteer work groups and content advisers chosen by members of the board and will be voted on later this summer.

“Make no mistake, public education is under attack. And the state board and these standards are just the newest battleground,” Lopez said. “This kind of extremism has become all too familiar to all of us in the last few years. We have watched with growing alarm as our state’s leaders push ahead on a cynical campaign to censor and politicize what students learn. They have stoked racial divisions, smeared teachers and encouraged fringe conspiracy theorists. Teachers and librarians feel under siege, some have lost or left their jobs because they oppose book bans and censorship.”

Hughes acknowledged the widespread misunderstanding about what last year’s legislation actually does.

“That bill is not an attempt to sanitize the teaching of history any other way,” Hughes said. “And the truth is good and bad, and the difficult things that we’ve been through and those things we’ve overcome.”

Groups on the left are happy with the curriculum changes, meanwhile, groups on the right are not pleased.

There were 20 who registered to speak Monday in favor of the draft standards published earlier this month and 34 against. The rest indicated they were neutral.