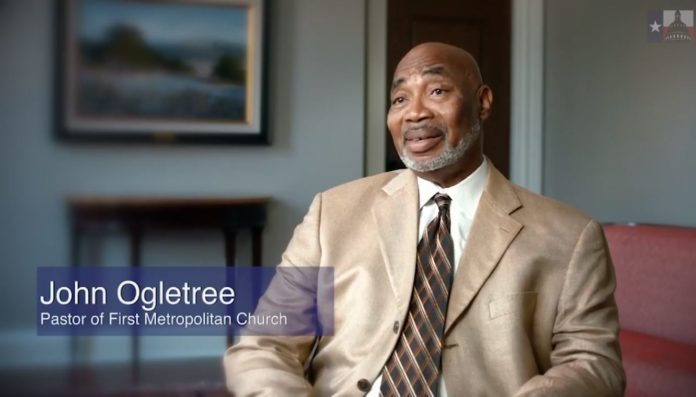 From the classroom to the ministry, adults know that a quality public education is necessary for a successful future for students and Texas.
However, not all pastors in Texas feel students are given the opportunity to succeed, despite the importance of public education.
“Public education is the delivery vehicle we have chosen as a culture to form the next generation of people,” Pastor Steve Wells of South Main Baptist Church in Houston said. “95 percent of children in the state of Texas are educated in public schools.”

Texas pastors know that it’s time to support public education in our state – and they’re speaking out on lawmakers who have refused to support our schools.
Posted by Reform Austin on Saturday, October 13, 2018

State Senator Joan Huffman (R – Houston) may say she believes “more of our education dollars should go into the classroom and that our teachers deserve a raise,” but Wells doesn’t necessarily believe the Austin lawmaker will follow through on her platform.
“I wish Joan Huffman (R – Houston) was doing more for public education in Texas. She had an opportunity to do so more last year and was silent at a critical moment,” Wells said.
Wells isn’t the only Texas pastor who feels the state legislature is failing Texas students.
“Gary Elkins (R – Houston) is not doing enough for public education in Texas,” said Pastor John Ogletree of First Metropolitan Church.
Pastors have a right to be concerned about the quality of education Texans are receiving. According to a USA Today article published earlier this year, Texas ranks 40 out of 50 states for quality education. While Texas high school graduation rates are at 89.1 percent (the fifth highest in the nation), the state ranks fourth lowest of all 50 states when it comes to per pupil funding.
“The state’s education spending works out to only about $8,485 per student per year, one of the lowest per-pupil expenditures or any state and about $4,000 less than the U.S. average,” reports USA Today.
Pastor Charles Johnson of Bread Fellowship of Fort Worth said educated people are needed to “secure a positive and productive future.” But left in the hands of Austin politicians like Senator Konni Burton (R – Colleyville), Johnson isn’t sure that’s a future Texas will have.
“I do not feel that Senator Burton is doing enough for public education in Texas,” Johnson said. “Texans oppose vouchers. They do not want their hard earned tax dollars subsidizing and underwriting private schools and Senator Burton supports that policy.”
Johnson is referring to SB 3, which aimed to subsidize private schools and home schools. Burton voted in favor of the bill.
For all of the shortcomings that Texas lawmakers have when it comes to public education, Ogletree offers this solution: “We need our legislature to start speaking positively about our students and our teachers and our public education. We need them to be advocates and not opponents.”