Home Education This Teacher Survived The Uvalde Shooting: Here Are The Concerns She Has...
Facebook
Twitter
Email 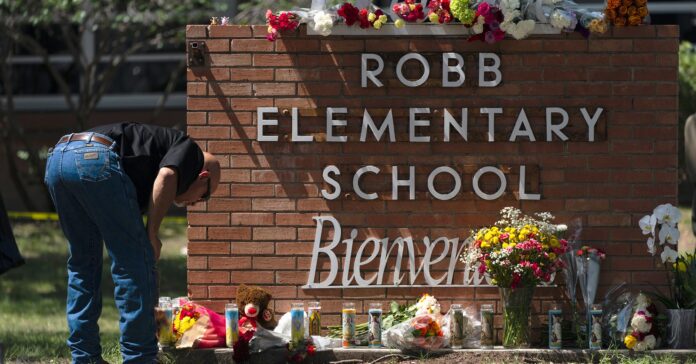 Nicole Ogburn was, for seven years, a teacher in Robb Elementary, in Uvalde, the school where a gunman killed 19 students and two teachers. She and her group survived the attack escaping through a window, helped by the local deputies. Robb Elementary is now closed and Ogburn prepares to return to her job in a new school. She spoke with NPR about what she feels about returning to her job.

Ogburn first pointed out that this year, instead of worrying about searching for new decorations for the classroom, she has worried about buying things that would make the students and her safer. “I bought a thing that you jam under the door so that they can’t open the door. I bought a curtain to pull down so you can’t see in my door if something was happening,” Ogburn said.

Ogburn is also concerned about how the students are going to react when they return to “normality” after the May shooting. “I think I’m scared of how some of these kids are gonna react when they get here, and if I’m gonna be able to handle that part of it,” she said.

Since the shooting, the Uvalde Consolidated Independent School District announced in June that the Robb Elementary School will be maintained closed and the start of classes would be delayed until after Labor Day to improve security and to try to create safer conditions for the students.

These improvements include the increased presence of state deputies in schools, new door locks, and new 8-foot fences outside some campuses. Ogburn, although she has some doubts, is optimistic about this process of protecting the kids and creating safer spaces for them and the teachers: “We’re working towards being safe, and I think we’re gonna be OK the first day of school, but it’s not gonna be 100% done,”