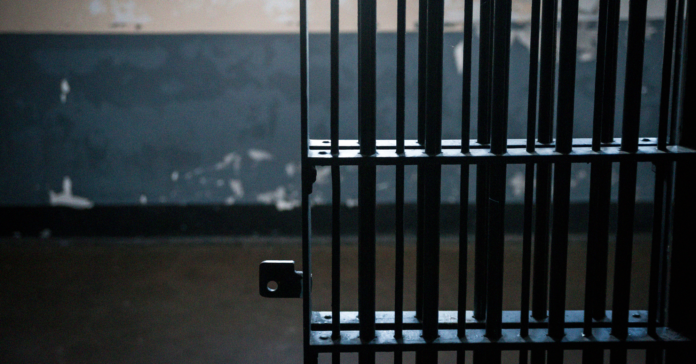 Two years ago New York implemented a broad reform to its bail system, covering misdemeanors and felonies alike, intended to ensure nobody would remain stuck behind bars simply because they couldn’t afford cash bail. Data shows the reforms aren’t leading to an increase in crime, but that hasn’t stopped Republicans from lying about it.

Even as conservative politicians and their allies on Fox News hammer these sorts of broad reforms, they’ll sheepishly admit that, yes, people with low-risk cases should be allowed to return to their homes and jobs and families while waiting for trial.

So you’d expect Republicans to be happy with Harris County’s conservative bail reform, which only covers low-level misdemeanors. They’re not, and it gives progressives the opportunity to push for something better.

These reforms stem from the ODonnell lawsuit, in which a federal judge found Harris County’s cash bail system was unconstitutionally detaining people facing misdemeanor charges on the basis of their wealth rather than on the basis of risk to public safety or flight from court.

In response to this court case, the largest county in Texas created a presumption of quick pretrial release for most people charged with low-level misdemeanors. This bail reform also includes cut-outs to exempt higher-risk misdemeanors like family violence, repeat DWIs, and new offenses while out on bail or probation/parole. Basically, it applies to the low-hanging fruit — the easiest cases that everyone admits pose no threat to public safety without having to touch on anything potentially controversial.

So far, research has found that Harris County’s misdemeanor bail reform kept people out of jail, reduced reliance on plea deals, and even reduced recidivism rates. That’s right: Bail reform is fighting crime. It turns out people are less likely to commit new crimes if you let them return to their jobs, families, and communities instead of locking them up with other accused criminals.

Here’s the downside: Misdemeanor bail reform is a good first step, but it isn’t nearly enough.

While drug possession and one-punch bar fights may earn easy sympathies for quick pretrial release, the fact of the matter is that our jails are filled with tougher cases. More than half of all people held in Harris County jail before their trials are there on charges for violent offenses like aggravated robbery, aggravated assault with a deadly weapon, and murder. Some of these cases no doubt involve people who should be detained before trial — but nowhere near all of them. Individuals charged with violent crimes are still innocent under the law, and the facts show that a vast majority will simply go back to their lives if they’re released before trial.

Any serious bail reform effort has to address the injustice of wealth-based detention in these felony cases, too.

But these cases also make for scary headlines, and all it takes is one case ending in tragedy to overshadow one thousand that go right.

Luckily, progressives can point to the success of Harris County’s misdemeanor bail reform as a good start and push for reforms in the felony system next.

However, it isn’t hard to imagine a world where Republicans latch onto the success of ODonnell and try to use it to stifle this forward momentum and divide the reform movement.

Right-wing power players like the Texas Public Policy Foundation and the arch-libertarian Cato Institute supported the initial ODonnell litigation, along with dozens of law enforcement leaders and current and former prosecutors. Even Crime Stoppers of Houston says they’re OK with it. Republican politicians from Abbott to Alexandra Mealer could hold up Harris County’s misdemeanor reforms as a conservative ideal and contrast it with the broader, most progressive Democratic-led bail reforms in places like New York, Illinois or other scary blue states. In fact, a former NYPD officer did just that in a Houston Chronicle oped this past March.

“I’m glad that Texas Democrats are finally learning facts about our broken cash bail system that Republicans have known for years,” wrote Jillian E. Snider, policy director for R Street, a right-wing think tank. “Hopefully they’ll join their conservative colleagues in passing reform bills in the next legislative session that will make it easier to detain the truly dangerous, harder to infringe on the constitution’s preference of pretrial release and ensure that public safety matters more than bail bond industry profits.”

Snider is trying to get Democrats to sign onto a Republican vision of criminal justice reform — one that doesn’t go nearly far enough. It may help around the edges or in the least controversial cases — just like ODonnell — but a failure to go all the way would do more to entrench mass incarceration than end it.

That strategy is disingenuous, and also politically brilliant.

Picking all of the low-hanging fruit leaves progressives who want true reform defending the toughest cases. Meanwhile, the Right on Crime crowd gets to stand hand-in-hand with single moms arrested for driving without a license. Moderate Democrats are left in a lurch. Energy gets sapped from the criminal justice reform movement. The media has a field day. Pundits would call it a classic moment of political triangulation — just like Donald Trump did with the First Step Act.

In that case, progressives spent years trying to pass an aggressive bill to reduce the federal prison population, but Republicans in Congress co-opted the bill and ended up passing a half-measure while claiming all of the credit.

Luckily, Texas Republicans aren’t that clever. Instead they’re actually trying to roll back Harris County’s misdemeanor bail reform. Now Harris County candidates like Commissioner Jack Cagle are charging into the 2022 midterms stuck defending an unconstitutional cash bail system that wastes taxpayer dollars locking up working class moms and dads who made one mistake in life while millionaire murderers can pay for their freedom before trial. Our cash bail status quo is wasteful, harmful, ineffective, and 100% Republican.

Meanwhile, progressives are free to claim ODonnell as their own and point to it as an example of what Democratic reforms can accomplish. Taxpayer dollars are saved. Mass incarceration is shrunk. Public safety is improved. And anyone who once tried to push Harris County’s misdemeanor reforms as a conservative alternative is stuck in a political no-man’s-land.

That’s bad news for Republicans. And good news for progressives.