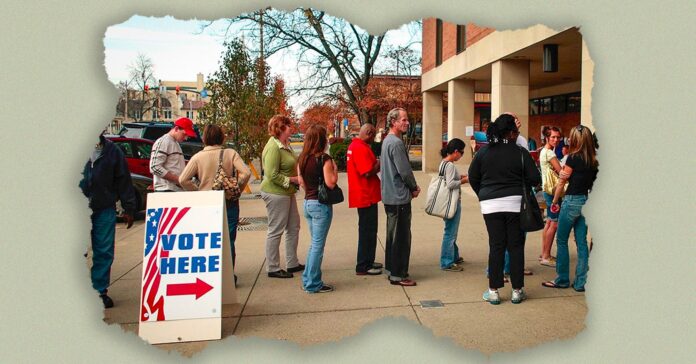 Sept 6 (Reuters) – U.S. states have enacted more than 30 new voting restrictions since 2020, from voter ID requirements to limits on mail-in voting, fueling tensions between Republicans and Democrats ahead of November’s general election.

Republicans, who have largely embraced former President Donald Trump’s false claims of fraud in the 2020 election, say the measures are necessary to ensure election integrity. Democrats say they are aimed at making it harder for voters who traditionally back the Democratic Party to cast their votes.

Most of the measures were backed by Republican state legislators and opposed by Democrats, but the divide is not purely red and blue. And the debate over each law sometimes comes down to the fine print of the details.

Ten U.S. states have imposed stricter voter identification requirements since 2020, according to the Brennan Center for Justice and the Voting Rights Lab, which track voting legislation across the country.

Opponents of voter ID measures do not object to the requirement that voters verify their identity when voting – which is already standard in every state – but rather the means used to verify them.

Unlike many European democracies, where government-issued IDs are more ubiquitous, studies have found that millions of U.S. voters lack photo ID.

Two of the most controversial 2021 laws changed the ID rules for absentee or mail-in ballots.

Georgia now requires voters who lack driver’s licenses or state ID cards to include in their absentee ballot application a photocopy of another government-issued ID, which many voters may not be able to easily produce. Previously, absentee voters’ identities were verified by signature-matching.

Texas’ law permits voters to use a broader set of IDs when applying for and casting mail-in ballots. But it automatically rejects them if the voter uses a different ID number than what they provided when registering to vote.

In Texas’ March primary, election officials rejected one out of every eight mail-in ballots, according to data from the secretary of state’s office. That rate – 12.4% – vastly exceeded Texas’ 0.8% mail ballot rejection rate during the 2020 presidential election. Officials blamed most of the increase on the new law, according to local news reports.

Advocates of the Georgia and Texas measures say they are necessary to ensure that voters are who they claim to be, and cite studies that show some voter ID laws have not depressed turnout. Opponents say there is no need for stricter ID rules because voter fraud is already vanishingly rare, and point to studies showing that voter ID laws in states such as North Carolina reduced turnout by voters of color.

Mail-in voting laws are especially complex in the United States. Only 11 countries in the world do not require voters to provide an excuse to vote by mail, according to the Stockholm-based International Institute for Democracy and Electoral Assistance (IDEA).

Two-thirds of U.S. states are in this category. But since 2020, 18 states have passed laws making it harder for voters to apply for, receive, or cast mail-in ballots, according to the Brennan Center and the Voting Rights Lab.

Some states’ laws restricted mail-in voting one way while easing it other ways. Kentucky’s Republican-controlled legislature passed a law that allowed voters to fix absentee ballots if they made errors, but also limited the application period for absentee ballots.

Unlike many democratic countries, the United States does not have compulsory voter registration through a centralized system. As a result, states must periodically review their lists of registered voters to ensure they are up to date.

Since 2020, seven states have enacted laws that facilitated the de-listing of voters. Advocates of the laws say they are necessary for ensuring only eligible voters are kept on the list. But opponents say the laws make it harder for voters to know they have been removed or remedy wrongful removals.

Florida Governor Ron DeSantis in April enacted a law he said would improve election security by requiring election supervisors to clean up voter rolls every year rather than every two years, and establishing a statewide Office of Election Crimes and Security to investigate election “irregularities.” Voter advocates criticized the law, saying it created more opportunities for voters to be wrongly purged from the rolls and intimidated by investigators from the new office.

The United States has one of the world’s most fractured election administration systems. In most U.S. states, elections are overseen by elected or appointed state officials. Within each county, elections are run by local officials such as clerks and judges, sometimes in conjunction with nonpartisan or bipartisan election boards.

But since that election, 25 states have enacted laws that shifted power away from traditional election managers and, in many cases, ceded control to partisan actors, according to the Voting Rights Lab. Advocates of the laws, who were overwhelmingly Republican, argued they would bolster oversight of local election officials.

Such laws are unusual in other democracies. The human rights body Council of Europe adopted guidelines in 2010 that called for high-level positions within election-management bodies to be “dispersed among parties” to ensure balance. (Reporting by Julia Harte; editing by Ross Colvin and Jonathan Oatis)