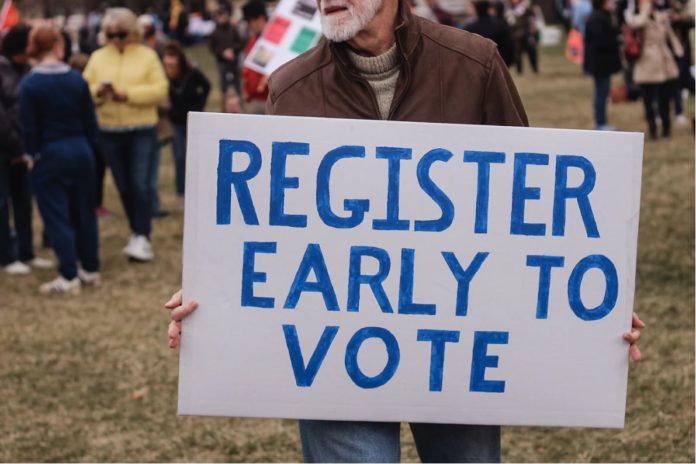 This year, the Texas Education Agency created a system to assess each school district. A simple enough system based on grades, ranging from A for excellent to F for failure. This assessment will be based on three categories, student performance, school achievement, and closing the gaps. Each of these areas seems like generally good categories. Each is basic, straightforward. However, there is one very important thing missing from this assessment. One thing that is key to the very core of who we are as citizens and as a state: Civic engagement.
In the day and age of the unending news cycle, it is more necessary than ever that citizens have a practiced ability to navigate complicated issues, decipher truth from lie, and have productive conversations with people from diverse walks of life. With all due respect to the core subjects of Math, English, History and Science, the subject of Civics is the both the most holistic and practical as it teaches not about WHAT to be, but HOW to be, and more importantly, how to be with each other.
All this said, if the state of Texas were to get a grade in Civic Preparation, the grade would no doubt be a definitive F. On most every measurable level, Texas is at or near the bottom nationally in civic participation, ranking 44th in voter registration and 47th in voter turnout during the 2016 elections according to the Texas Civic Health Index produced by UT’s Moody College of Communication and the National Conference On Citizenship.
Texas law requires high schools to make an effort to get seniors, who are already eligible or will be eligible to vote during their senior year, registered to vote. According to multiple reports including this by the Texas Observer, two thirds of Texas High Schools aren’t even requesting voter registration cards, let alone making an effort to get their seniors registered. Two thirds of Texas’ High Schools are in clear violation of Texas Law, but I have never once heard any leadership from the Texas Legislature pound the desk about this issue.
National Voter Registration Day was Tuesday, September 25th. I don’t remember anyone from Texas Legislature leadership making any declarations about its importance or any state sponsored programming around ensuring all eligible citizens are ready to do their part as voters. Do you?
It seems to me that our state would be best served to include student Civic Engagement, Civic Preparedness, and Closing the Civic Participation Gap when it is assessing the performance of its school districts and schools, because right now Texas is not making the grade, and continued failure in this area translates not just in student failure to be prepared for further study or future employment, but failure to meet the most basic and precious of responsibility that any of us have, that of citizen.
Woolridge is the founder of CivicSolve.com