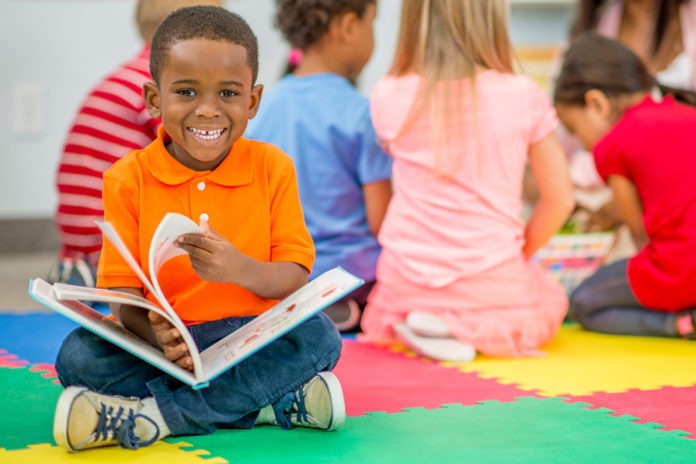 As newly elected and veteran Texas lawmakers prepare for the upcoming 86th legislative session in Austin, parents and educators will be eager to see if pre-kindergarten funding will get an increase, a long-debated policy goal at the Capitol.
In 2017, Texas legislators voted against continuing to fund a $118 million pre-K  grant program, despite Gov. Greg Abbott’s successful push for a high-quality program two years earlier. Abbott’s proposal for high-quality pre-K programs came in the 84th session via HB 4, which he signed into law on May 28, 2015. The program as the Texas Tribune points out, set aside $118 million for pre-K to go to “573 districts and charter schools that pledged to meet measures like setting a lower student-teacher ratio, avoiding Common Core curricula and reporting student progress to the state.”
The lack of pre-K funding puts Texas school districts in a bind and scrambling to make up for the shortfall. Crosby Independent School District plans to cut pre-K classes to half days starting in January. The lack of pre-K classes affects parents’ wallets. As one father told the Houston Chronicle, he now has to pay for five hours of childcare before his son goes to pre-K.
The benefits of pre-K programs are widely agreed upon. Convincing evidence shows pre-K improves children’s literacy, numeracy and overall educational performance. Beyond the literacy and numeracy benefits for young children, pre-K also prepares kids for kindergarten and first grade so they can enter the educational mainstream as effectively as possible, which makes the learning experience better for all Texas children. These positive impacts may lead to more students graduating from high school, less welfare use and better overall health, according to the study “The Current State of Scientific Knowledge on Pre-Kindergarten Affects.
Some House Bills and one Senate Bill relating to pre-K introduced in previous sessions of the Texas Legislature, but left pending in committee include:

Educational advocates have moved a step back from pushing for universal pre-K, and for now are focusing on getting full-day pre-K for those already authorized to receive it. Meaning more money to fund full-day pre-K for at risk children. Currently, there are three filed bills for the upcoming 86th legislative session regarding improvements to pre-K funding, including:

Fully funding pre-K programs in Texas provides the basic building blocks some children get from having strong parental and family networks to get them ready for school and making sure we can level up kids who might have these opportunities and experiences- so they can reach their best potential. If state legislators are sincere about improving the lives of Texans, they will take Gov. Abbott’s cue and fully fund statewide pre-K. Hopefully, Texas representatives and senators will be make it a priority along with reforming Austin.