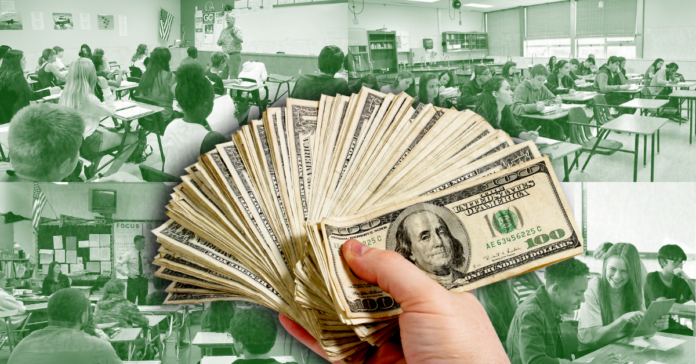 Back in July of this year, Texas Comptroller Glenn Hegar announced that he had revised his original revenue estimate and increased it to close to $27 billion. That’s extra money that the state has due to a rebounding state economy on the heels of the COVID pandemic. Due to consumer activity, sustained oil and gas prices and reshoring initiatives, some pundits predict that the surplus could increase substantially by the time the Texas Legislature has to spend it.

In January, the legislature, which meets every two years for 140 days, will convene for the 88th regular session. The 181 lawmakers (150 Representatives and 31 Senators) will be tasked with a variety of issues but are required by law to pass a balanced budget. That shouldn’t be difficult this session with so much extra money. The question is how will they spend it?

For years, the two greatest budgetary expenditures have been education and public health, with education expenditures exceeding public health expenditures on a per capita basis. Still, with Texas ranking in the bottom quarter on per pupil spending, many public school advocates don’t think the state is spending enough on their 5.4 million school-children. Just Fund It TX, a public school funding advocacy group, says that Texas spends $4,000 less per year per student than the national average.

Public education is likely to remain a priority in terms of overall spending but how much of the surplus will be dedicated to schools is anybody’s guess. With so much money left over in the state’s budget there is vast competition for the dollars, or as one political insider put it, “there are a lot of wheelbarrows lining up at the Capitol.”

Although the state invested $6.5 billion in public schools in 2019, many public education advocates worry that there will be enough funding for schools in the future. Concerns about inflation and the ability to keep up with increasing payrolls in light of current teacher shortages causes many school supporters to worry.

In a conference held last week in Irving by the Coalition for Education Funding, top-ranked HillCo education lobbyist David Anderson said, “All education issues in the Texas Legislature begin with finance,” and cited human resources, learning lag, parental rights, and school safety as priority issues which the next legislature will have to address in 2023. According to Anderson, these are the issues that will “permeate public education policy discussions” next year.

Aside from the need to address these items, the legislature will need to deal with other long-term issues. Speaking at the conference, State Rep. Glenn Rogers cited the need to consider some type of cost of living adjustment (COLA) for retired teachers.  “In the last special session, I filed a bill that gave retired teachers a one-time supplemental payment but that was a stop-gap measure,” Rogers said indicating the need for a more substantial COLA. “It has been nearly 20 years since Texas retired teachers received a cost of living adjustment,” Rogers said.

Noted school finance attorney David Thompson indicated in his presentation at the conference that a lump-sum COLA of five-percent would cost the state $3.6 billion or $22 billion if paid out over time. “It’s a lot cheaper if we pay it in a lump sum,” Thompson said.

Public school safety spending is at the top of the list for nearly every public school advocate and legislator. In 2019 legislators addressed the issue with SB11 which appropriated $50 million for school safety adding $9.72 per student in average daily attendance. In the wake of the Uvalde shooting and other school violence, most public school advocates think that this amount should be increased significantly. The Texas Association of School Administrators (TASA), the largest group of public school administrators in the state, lists school safety as a legislative priority for 2023, advocating for “increased funding of the School Safety Allotment and local flexibility to ensure districts can adequately meet student and staff safety needs.”

Other concerns include the effect private school vouchers would have on the public education budget. Vouchers do not currently exist in Texas but Gov. Greg Abbott has voiced his support for them in the upcoming legislative session.  The Texas Legislature has historically repudiated vouchers but some education proponents worry that the current push by the Governor will put undue pressure on those that are traditionally opposed to them. Last week, Texas Monthly reported a scheme by some voucher supporters to circumvent the will of the legislature in an attempt to create a clandestine voucher program with Wimberly ISD. The scheme failed but many in the state worry that such attempts might succeed elsewhere.

The need for public school funding has never been greater. Texas will need to fund their public schools adequately if students are to compete in a world-class economy. “Significant investments in public education in next year’s legislative session will help schools retain more teachers, address inflation and build upon student gains,” former Texas Speaker of the House Joe Straus said in a Dallas Morning News editorial.  “This is a time when Texas needs to demonstrate its commitment to public education — and our future workforce — by recognizing the real and costly challenges schools face. Simply maintaining existing spending is not sufficient at a time when state coffers are overflowing with record surpluses.”

With the welfare of 5.4 million public school-children at stake, the Texas Legislature will have some tough choices to make in 2023.