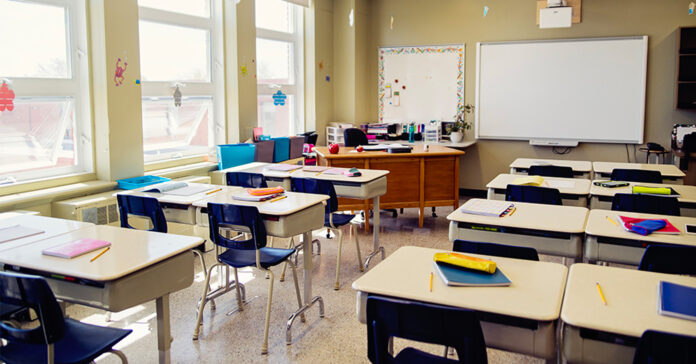 The Supreme Court of the United States (SCOTUS) is set to hear Carson v. Makin today (December 8, 2021) – a potential landmark case about the separation of church and state. Their decision could alter a fundamental founding principle of the country.

The nine justices will hear an appeal by the families of a lower court ruling rejecting their claim that the Maine program singles them out for religious discrimination in violation of the U.S. Constitution including its First Amendment protection of the free exercise of religion. The families want taxpayer dollars to send their children to two Christian schools that integrate religion into their classrooms and have policies against gay and transgender students and staff. While the families are focused on the free exercise clause, many are concerned that providing taxpayer funding for the families would violate the establishment clause of the First Amendment.

After his election as President in 1800, Thomas Jefferson received a letter from the Danbury Baptist Association – a group of twenty-three churches in Connecticut and three in New York. The Baptists – who at times were imprisoned because they refused to pay taxes to support town ministers that were of a different denomination – were concerned about their religious liberty as a minority group among a majority of Congregationalists.

Jefferson’s letter back to them interpreted the Constitution as providing a “wall of separation” between the establishment clause and the free exercise clause of the First Amendment: “Believing with you that religion is a matter which lies solely between Man & his God, that he owes account to none other for his faith or his worship, that the legitimate powers of government reach actions only, and not opinions, I contemplate with sovereign reverence that act of the whole American people which declared that their legislature should ʺmake no law respecting an establishment of religion, or prohibiting the free exercise thereof,ʺ thus building a wall of separation between Church and State.

Some believe that part of that “wall of separation” was chipped away with a 2020 decision by the court in the case of Espinoza v. Montana Department of Revenue. In this case the court decided that the State of Montana was violating the free exercise clause by excluding religious schools from receiving tax-funded credit scholarships in its school voucher program. The case effectively overturned the Blaine Amendment to the state’s constitution – a legal provision that prohibited religious schools from receiving public tax dollars. Dissenting justices expressed concerns that the decision violated the establishment clause of the Constitution. “Today’s ruling is perverse”, said Justice Sonia Sotomayor. “Without any need or power to do so, the Court appears to require a State to reinstate a tax-credit program that the Constitution did not demand in the first place.”

Since the Espinoza case, the composition of the court has changed, leading some to worry that a decision in Carson v. Makin may further unravel the establishment clause and blur the line between the separation of church and state. With the death of Justice Ruth Bader Ginsberg and the confirmation of Amy Coney Barrett in late 2020, many feel that the court moved even further to the right. “Right now, I see two courts in action,” said Lee Epstein, a political science professor at Washington University in St. Louis who studies the Supreme Court. “We see a standard Roberts court that leans conservative but has a serious amount of consensus and tries to look pretty nonpartisan. Then, within that court, we have an aggressive, socially conservative court led by the three Trump appointees plus [Justice Clarence] Thomas and [Justice Samuel] Alito.”

If the court rules in favor of the families in Carson v. Makin, the Blaine Amendments of thirty-seven states may be in jeopardy. In many states, the amendment added to the state constitution further protects taxpayer dollars from being diverted to private secular and religious schools through voucher programs. Texas adopted their Blaine Amendment with their constitution in 1876 and legislators have turned to it repeatedly to fend off school vouchers since they were first proposed in their legislature in 1995. A decision for the families in Carson v. Makin may make that harder to do.

Public school advocates are concerned about the use of vouchers to fund private institutions for a number of reasons. The Coalition for Public Schools (CPS) – a group of over 40 public school advocacy organizations – has opposed vouchers for over 20 years in Texas. The group believes that “vouchers are a political distraction from the state’s top priority: providing high-quality neighborhood public schools that meet the educational needs of every Texas child,” and they cite several reasons for opposing them.

“Vouchers divert important resources from the majority of Texas students to serve a small segment of children who could be served through existing public school choice options,” the coalition says. The group and other public school advocates express concern that already limited funding resources for public schools would be drained even further. According to a recent report by the Southern Poverty Law Center, Texas currently ranks 40th in the nation in per-pupil spending.

Additionally, many are concerned that vouchers are often used to subsidize tuition for students of wealthy or affluent parents. “Voucher schemes are inherently designed to be used by those who generate enough income to “need” a tax break,”  CPS said about a voucher proposed by Texas State Sen. Paul Bettencourt earlier this year. “Economically disadvantaged parents would not be able to use a voucher unless they could afford pay the difference between the voucher check and the actual tuition, in addition to the cost of transportation. Other taxpayers would pay the price for vouchers that would primarily benefit those who could afford expensive private schools.”

Still others express concerns that students with disabilities lose their protections under the Individuals with Disabilities Education Act (IDEA) when they use a voucher to opt in to a private religious or secular institution. According to the federal agency the National Council on Disability,  “IDEA rights, as a general rule, will not extend to children and youth with disabilities who participate in voucher programs. Section 504 of the Rehabilitation Act and the Americans with Disabilities Act will still apply to the administration of the voucher program but not to most activities of the private school.”

Concerns that vouchers primarily are advocated to re-create segregated schools have also been voiced. Steve Suitt, the author of Overturning Brown: The Segregationist Legacy of the Modern School Choice Movement, indicates that racial exclusion in private schools hardly changed over the last three decades as the school choice movement spread across the nation’s capitals.  “By failing to grasp the history of the struggles and tactics of Southern segregationists fighting Brown, the nation today is in danger of legitimizing and advancing a system of segregation and exclusion in publicly–financed education that was the design and ambition of Southern segregationists.”

In fact, some have pointed out that the current attacks on public schools over critical race theory is a springboard to launch a voucher campaign to advance religious and racial segregation in our schools. Revealing their plans for education reform centered around vouchers, the Texas Public Policy Foundation (TPPF) recently asked donors for $1.2 million dollars to institute what they call “massive education freedom reforms” by mobilizing 10,000 citizens in each of 60 legislative swing districts in order to “break the indoctrination of our children from Critical Race Theory, ‘gender fluidity’, and socialism.”

“Every child in Texas will have an account, held in the Texas Education Agency,” they wrote. “Parents will draw from that account for the educational services they choose in the schools they choose. It could pay for add-on services if their child is going to remain in public schools or tuition for private schools of any stripe, faith-based or not faith-based.”

If the Supreme Court decides that Maine must pay for parents to educate their children in a church school that discriminates against students based on religious beliefs, gender identification, or sexual orientation TPPF may just get their wish.

Carson v. Makin is a pivotal case in the development of our country. Will the court uphold the foundational principle of separation of church and state that allows the free exercise of religion by prohibiting the government from establishing a state religion or will they erode that principle by further blurring the line between the two? A decision by the court may take up to six months or longer with some speculation that the decision could be released just prior to the general election. The result will have lasting ramifications.