Home Elections A Lot on the Line as Both Parties Seek to Flip the...
Facebook
Twitter
Email 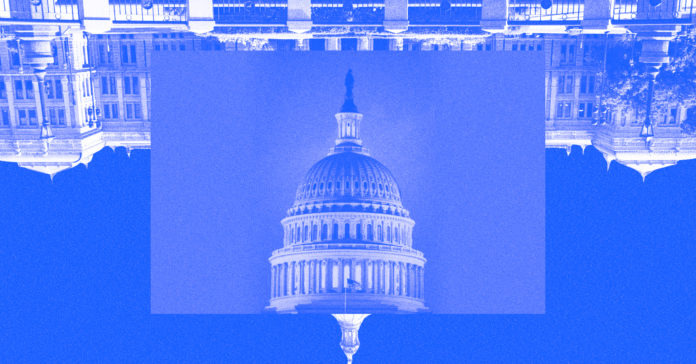 With numerous tough battles in races up and down the ballot, among the highest stakes for both Democrats and Republicans is winning a majority in the Texas House.

Republicans have held control of all three branches of state government — the House, the Senate and the governor’s office — since 2002, when the house was the final branch to flip red.

While Democratic efforts to win back the state House have fallen short over the years, results of the 2018 midterms offered hope that flipping the chamber might be within reach this year. Enthusiasm for Democrat Beto O’Rourke’s challenge of U.S. Sen. Ted Cruz (R-Houston), combined with demographic shifts, boosted Democratic turnout to flip 12 Texas House seats, primarily in the Dallas-Fort Worth area.

Republicans also attributed those losses, as well as positions for two state senators and a slew of judges across the state, to straight-ticket voting, which has been eliminated, although a pending court battle seeks to restore the single punch option for the Nov. 3 election.

With the pickup of those 12 seats in 2018, Democrats need only to flip nine seats this cycle to gain control of the 150-seat Texas House. With redistricting set to occur in 2021, Democrats see an opportunity to have a bigger say in how Congressional and state legislative districts are drawn.

“There’s no doubt Republicans will continue to control the Texas Senate and the governorship in 2021, and thus all Democratic hopes of avoiding another GOP partisan gerrymander lie in taking control of the Texas House,” Mark P. Jones, political science fellow in political science at the Baker Institute and a political science professor at Rice University, said in a statement.

The Baker Institute’s latest ratings of Texas House races have five Republican seats and one Democratic seat rated as toss-ups. Dallas incumbent Morgan Meyer is the most endangered as the lone Republican on the institute’s “Lean Democratic” list.

But Democrats are looking beyond those six seats and targeting 18 open or GOP-held seats that were won by incumbents by a margin of 10 percentage points or fewer in 2018. Most of these seats are in the Dallas-Fort Worth and Houston areas, where diverse districts give Democrats their best chance of picking up seats, according to political observers.

Democrats’ prospects this year have captured the attention of national Democratic organizations, which are pouring money into helping flip the state House blue.

The organization noted that in the 12 seats Democrats picked up in 2018 and the other districts where they won at least 45% of the vote, they were out-raised by an average of 9 to 1. In some races, Democrats raised as little as $4,000 and were out-raised by more than 20 to 1.

In addition, a coalition of national Democratic organizations is also spending $1.1 million in hopes of flipping the Texas House. This coalition includes the National Democratic Redistricting Committee, led by former U.S. Attorney General Eric Holder, the Texas House Campaign Committee, and other funders such as the Future Now Fund and the People PAC.

“So much is at stake in November and national groups like Forward Majority understand that importance,” Texas Democratic Party Communications Director Abhi Rahman said in a statement. “Together, we will take back the Texas House. When we do, Democrats will deliver on the fair shot everyone deserves to get ahead. From expanding Medicaid to drawing fair maps in redistricting, everything is on the line.”

Despite the infusion of national funding and extraordinary voter registration and get-out-the-vote efforts by Texas Democrats, flipping the House remains a challenge.

“Decades of lines drawn by the Legislature or the courts have traditionally pinned Democrats into specific districts,” said Brandon J. Rottinghaus, professor and Pauline Yelderman Endowed Chair of political science at the University of Houston.

“The current districts are either too demographically challenging or too rural or both for Democrats to compete,” Rottinghaus said. “Even with a strong showing from Democrats at the top of the ticket, flipping enough House seats to build a stable majority is a battle for team blue.”

Also, incumbents hold a distinct advantage in name recognition over challengers in competitive races, and the elimination of straight-ticket voting could result in many voters dropping off before getting to the down-ballot races, said Jim Riddlesperger, political science professor at Texas Christian University in Fort Worth.

“A third to a half of voters don’t know the names of their state representatives,” Riddlesperger said. “So they will take their cues from things like gender identification. With straight-party voting gone, it will be more difficult for Democrats than it was in 2018.”

With Fort Worth being the country’s 13th largest city and Tarrant County being the largest Republican County in the nation, Democrats have five Republican-held Tarrant County state House seats on the target list to flip. Democrats saw the opportunity for those pickups after O’Rourke’s narrow defeat of Cruz in Tarrant County and Democrat Beverly Powell’s defeat of Republican incumbent Konni Burton in the Senate District 10 race in 2018.

There is partial crossover between most of the targeted five state House seats and Senate District 10, Riddlesperger said.

For their part, Republicans are trying to win back some of the 12 seats they lost in 2018 and defend seats that Democrats are hoping to win.

We’ve been sounding the alarm for months all across the county about how competitive Texas is, from the top of the ballot all the way down,” Austin Chambers, president of the Republican State Leadership Committee, told the Texas Tribune. “For us, Texas is a top priority. We’re gonna spend several million dollars and spend whatever it takes” to defend the House majority.”

Political experts predict winning these seats may be an uphill battle, but not impossible.

“Maybe seven likely flip with three, four more possible,” Rottinghaus said. “If Democrats make gains but don’t win a majority, they will have an easier time blocking bills they object to and a bigger role helping craft an agenda they are willing to work towards.

“More legislative seats means Democrats would have a bigger role in choosing the next House speaker, a major advantage if they are in the minority,” Rottinghaus said.

Also, flipping the Texas House doesn’t guarantee Democrats will achieve the redistricting map they desire because the Republican-led state Senate and governor also are part of the decision-making, he said. But, “Democrats will have a bigger seat at the table.”