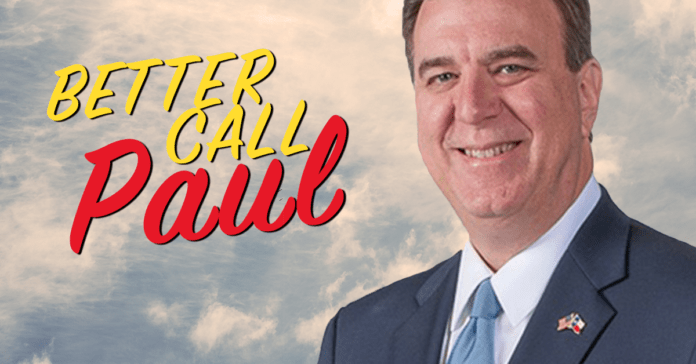 Update: As of August 24, 2018, State Representative Dennis Paul (R – Harris County) has updated his page to include issues. Paul’s issue page was previously left empty, as detailed below.

Despite the many challenges facing state government — funding our schools, access to health care, critical infrastructure —  apparently Rep. Paul has nothing to say of substance to the people of District 129. His Twitter feed seems up to date but that’s about it.

With the November election looming, the last activity on the “issues page” of his website was on June 22, nearly two months ago. But his campaign’s fundraising barbecue later this month was posted to the site on July 30. It seems Paul is more interested in collecting money than solving problems in Austin.

The people of District 129 deserve to hear from Rep. Paul about the important issues in the Legislature, not just fundraising barbecue. Someone better call Paul!