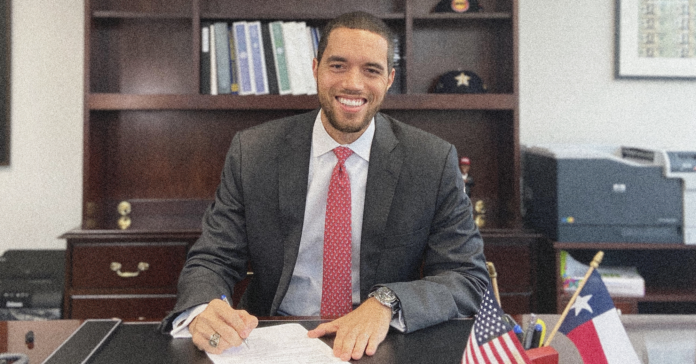 There is yet another ruling today in the ever-evolving and confusing back-and-forth legal battles over voting by mail. This time, Harris County is the winner.

District Judge Ravi K. Sandhill ruled Friday that there is nothing in state law that would prohibit Harris County Clerk Chris Hollins from moving ahead with his plan to send vote-by-mail applications to each of the county’s 2.4 million registered voters.

Texas Attorney General Ken Paxton and Secretary of State Ruth Hughs sued and sought a temporary injunction to block Hollins’ plan. They argued it would invite voter fraud because the applications would be going to all voters regardless of whether they qualify for the privilege.

“This court firmly believes that Harris County voters are capable of reviewing and understanding the document Mr. Hollins proposes to send and exercising their voting rights in compliance with Texas law,” Sandhill wrote in his opinion.

In Texas, you must be 65 or older, disabled, incarcerated or out of your county of residence during early voting or on Election Day to vote absentee. The Texas Supreme Court has opined that it is up to each individual voter to decide if they meet the requirements. Election officials are not authorized to ask.