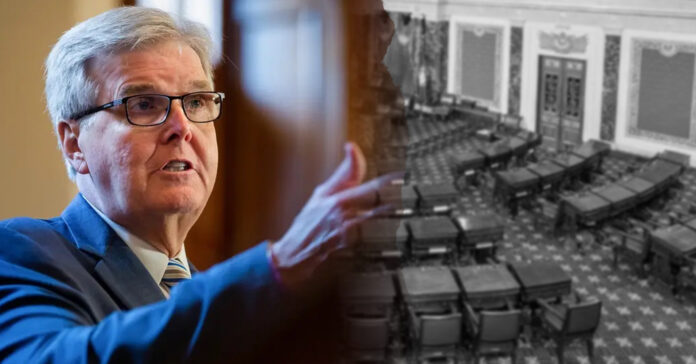 In the words of Brandon Rottinghaus, a political science professor at the University of Houston, Dan Patrick has “revolutionized the role of the lieutenant governor in Texas politics,” regrettably, not in a good way.

Lt. Gov. Dan Patrick’s influence has undoubtedly grown these last couple of years. During past legislatures and its many special sessions, the cunning politician managed to keep a tight grip on the legislature, pushing extreme far-right legislation, while keeping more liberal bills in the dark. At the same time, he seized the opportunity to exploit Abbott’s unpopularity, due to his lack of success in trying to tame the pandemic and keeping the lights on for Texans during last year’s severe winter storm.

His power, it seems, is growing, backed by many far-right figures with deep pockets.

He beat all five of his opponents during the primaries with almost 80% of the votes, and while Patrick’s loyalty seems to be more to himself, or maybe former President Donald Trump, he did endorse a select number of GOP candidates this election season. So let’s find out exactly how much influence Patrick has inside the GOP ranks.

As of now, his choices for Texas Senate, Phil King, Mayes Middelton, and Tan Parker, are all poised to win their races. Pete Flores, who financed his own campaign by donating himself more than 1.5 million dollars, and Kevin Sparks remain in the lead, but it is still unclear whether they’ll take the spot as GOP candidates or not.

It seems like Patrick’s endorsement did make a difference, and his plan to push Texas far more to the right than it’s ever been, is working.