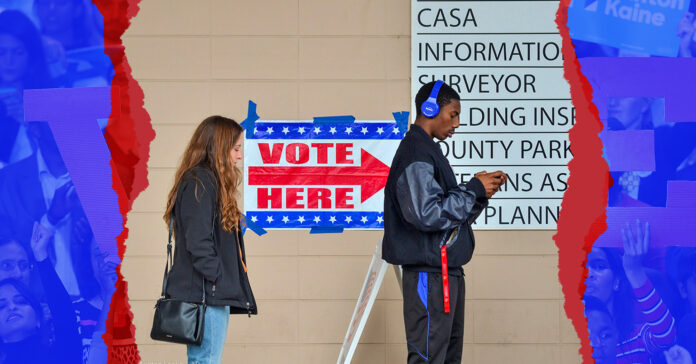 Nationally, Democrats exceeded most expectations in the midterm elections and a prophesied Red Wave turned out to be more of a Pink Splash. Credit for the wins can be given mostly to Gen Z, who turned out in huge numbers for Democrats.

Lobel is not alone. According to the Edison Research National Election Pool exit poll, voters under thirty were the only group where a majority of voters picked Democratic candidates. The national youth vote choice for the U.S. House of Representatives was 63 percent for Democrats, but only 35 percent for Republicans.

It’s clear that fighting for abortion rights was a prime motivator. Five states had propositions on the ballot about abortion access, and it looks as if all five will ultimately prevail. This was true in both swing states like Michigan and deep red states like Kentucky. Though control of both chambers of congress is still a very open question, Democrats performed better than the president’s party has in a midterm in decades. It’s possible that when all the votes are finally counted, Democrats will retain control of the legislature and possibly even expand their margin in the Senate.

“If it wasn’t for Gen-Z, there would have been a Red Wave,” said Olivia Julianna, Director of Politics & Government Affairs at Gen Z For Change on Twitter. The polling shows that our generation voted for Democrats more than any other age group. We are the reason Democracy will stand. We now have a seat at the table. Time to start listening.”

Despite a spectacular showing nationwide, there was little for Democrats to celebrate in Texas. All statewide offices were held by Republicans by comfortable margins. Even Attorney General Ken Paxton, currently under indictment for fraud and federal investigation for abuse of his office, easily sailed to victory over civil rights attorney Rochelle Garza, who had tied Paxton in polls earlier this summer. Prominent Democrats like Harris County Judge Lina Hidalgo were hard-pressed to keep their positions, and two new districts are redrawn with expanding Republican power in the U.S. House of Representatives predictably flipped to red.