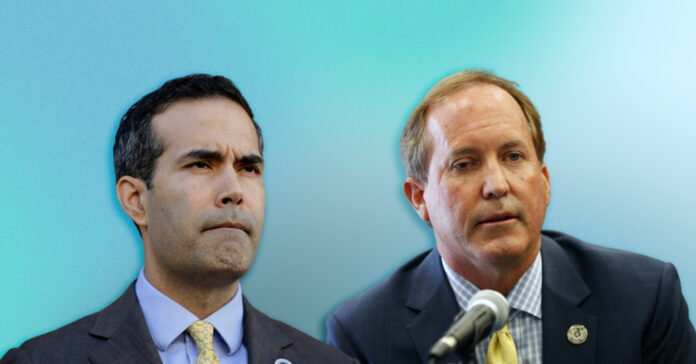 George P. Bush’s race against Ken Paxton for the Republican nomination for Texas Attorney General may be lost due to him not being “conservative” enough, and his ties with the Bush family, known for being on the moderate side of the GOP.

He has been struggling to convince republicans in Texas that he is not moderate, that he is pro-Trump, and wishes to continue the fight to ban abortions, be against same-sex marriage, and illegal immigration. Despite his efforts, an April poll by the Texas Hispanic Policy Foundation showed that 40% of Republican primary voters would never vote for Bush.

His opponent, Ken Paxton, is a stellar socially conservative candidate, despite his seven-year-old indictment for securities fraud, supposedly cheating on his wife, a lawsuit by the state due to his controversial ethics practicing as an attorney, and even an FBI investigation against him. In the eyes of GOP voters, the support that Trump has given him and his lack of restraint when talking about immigrants, abortion, and rights for minority groups.

Paxton has also received endorsement directly from Donald Trump since the beginning of the campaign, advocating for his election. “It is going to take a PATRIOT like Ken Paxton to advance America First policies in order to Make America Great Again”, the former president of the United States said in a statement for the Texas Tribune.

Bush has a shadow he cannot get rid of: his last name. Texas politics have shifted over the years, and his family went from being Republican royalty to being criticized for being middle ground conservatives. George P. Bush was the only one to openly support Donald Trump but is still called RINO (Republican In Name Only) by other members of his party.

Ken Paxton has used this situation in his favor, using it for his campaign ads, naming him a “Liberal Land Commissioner” and “Liberal Woke RINO”. He encouraged Republicans to rethink what being a part of the party is really about and pushed the belief that only the most radical can truly “protect the state and their freedom”.

Clearly, this stance has helped him to keep Bush trailing behind him on polls and vote predictions. Despite the very serious allegations he has, he appeals to extremist and radical conservatives who feel threatened by anyone who could be perceived as even moderately liberal (even though Bush and his campaign are far from this) and anyone who doesn’t endorse Donald Trump fully.

This race has become a direct reflection of the complexities and changes the conservative political party has gone through with the polarization in politics after Trump appeared in the picture. It seems like GOP members are only looking to support those radical enough to say that they fight for what they believe in: stop illegal immigration fluxes, stop laws helping LGBTQ+ communities, and place strict laws on abortion. Those who may fall in the middle or don’t show support for extreme right views are seen as weak or merely performative.