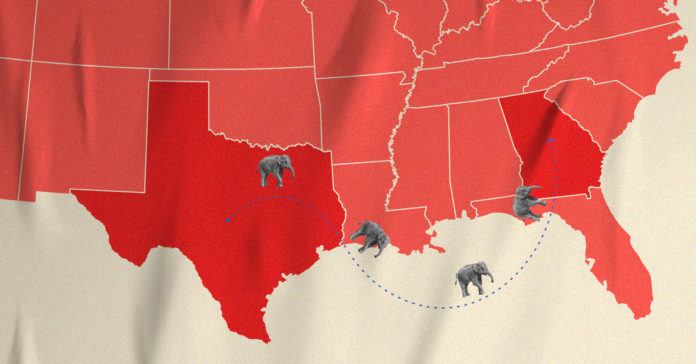 They are calling it the Mighty Texas Strike Force. It’s the Republican Party of Texas’ effort to provide support for Republicans in Georgia who are trying to hold on to their U.S. Senate seats.

Both of Georgia’s Senate races are headed to an unprecedented dual runoff in January. If Democrats flip those seats, they will take the majority in the Senate, giving them control of both Congressional chambers and the White House. It’s not a scenario Republicans can stomach.

The Texas GOP sent out a call to arms Thursday.

“Hello Patriots! The MIGHTY TEXAS STRIKE FORCE is ready for the fight again! You are receiving this email because I know you are as concerned as we are about the plight of the U.S. Senate. With your help, we ARE going to hold the Senate — preserving the balance of power and the true values of our nation,” the party’s message read.

The party is mobilizing boots on the ground for block walking in Georgia as well as volunteers back here at home in Texas for phone banking, texting, notecards and social media.

Anyone who wants to help will have to cover their own travel expenses. The party is not providing money for hotel rooms or meals.

While they wait for further instructions from their GOP counterparts in Georgia, Texas’ Republican Party continues to push the unsubstantiated claims of widespread voter fraud in the Nov. 3 election.

A series of ‘Stop the Steal” rallies are planned in Dallas over the next few days. The first will occur tomorrow at 2 p.m. at Dallas City Hall.

As of Friday, President-elect Joe Biden continues to widen his lead over President Donald Trump. He’s ahead by more than 5 million votes in the popular vote and has 73 more electoral college votes than Trump.