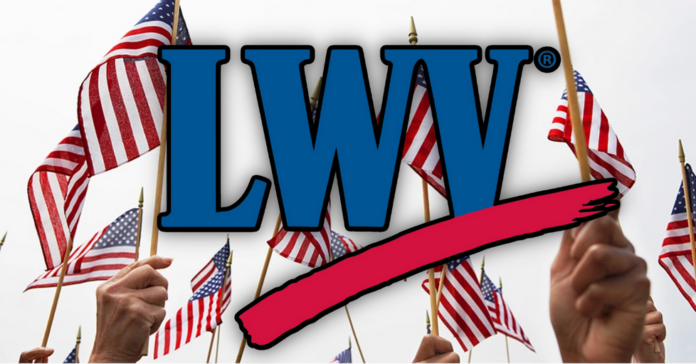 As a result, hundreds of newly naturalized American citizens left the center without registering to vote. That action departs from decades of tradition that encourages new citizens to register to vote at the site of their naturalization.

Lee H. Rosenthal, chief U.S. District Judge of the region, confirmed that the voting rights group was not present, but they have been present at previous ceremonies.

Judges are not legally required to allow the nonpartisan group to be present for naturalization ceremonies, but the monthly request is considered a formality. They have volunteered at such ceremonies for over 20 years, according to Annie Johnson-Benifield, president of the League of Women Voters of Houston.

But Eskridge, who is a member of the ultra-conservative Federalist Society and appointed by former president Donald Trump, wrote that it was simply a misunderstanding in an email to the Houston Chronicle.

He pointed out that having been appointed in 2019, shortly before the COVID-19 outbreak, the naturalization ceremonies had been suspended, and therefore claimed to be unfamiliar with the tradition, but added he would “certainly consider that going forward.”

Another Southern District judge who asked not to be named in a Houston Chronicle report today said that the voting advocacy group attended his October ceremony as usual. He said the group has “always been there. It’s not like they’re advocating or politicking.”

The League volunteers teach new citizens how to fill out voter registration cards and then collect them, usually getting as many as 90 percent of the thousands of new citizens registered, Johnson-Benifield said. So to not be allowed into the facility on Wednesday was an anomaly.

“To be honest, I was very disappointed, but I respect the process of the court and that we are merely guests. As guests, you’re invited, and if you’re not invited you readily accept that and move on, and we are already preparing for the next ceremony in December,” Johnson-Benifield said.

He was approved by the GOP-controlled Senate but received rare bipartisan support for the lifetime appointment to the Southern District of Texas. The district has the second-busiest criminal docket in the country and presides over the region which includes the Texas Medical Center, the Port of Houston, the petrochemical industry, and the U.S.–Mexico border.

He taught “Origins of the Federal Constitution” at the University of Houston, and was unanimously rated well qualified for the position by the American Bar Association.

And Eskridge has a reputation for his quirky use of music from the Broadway musical “Hamilton” for a lecture he gives periodically around the legal community, in which he matched historical documents to each song.

But the incident regarding the League of Women Voters is not his first controversy. Fellow Texas Attorney Justin Pfeiffer alleged in a 2021 lawsuit that Eskridge conspired with Judge David Hittner and 5th Cir. Judges against him, according to lawintexas.com.

Pfeiffer later dropped the suit, but it pertained to a jurisdictional dispute resulting from a 2019 case for alleged retaliation for reporting international corruption while he was working at a Texas law firm. Eskridge was declared “absolutely immune from any liability for any and all actions taken” in the federal case.