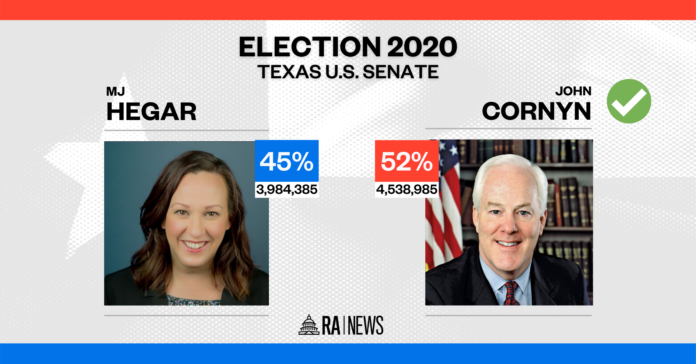 With just under half of the state’s 254 counties reporting, Democratic Challenger MJ Hegar has conceded the race for Texas’ U.S. Senate seat to incumbent John Cornyn, according to Texas Tribune’s Patrick Svitek. Cornyn consistently led Hegar in the polling leading up to Election Day. She narrowed the gap between her and Cornyn, but was never able to close it completely.

Cornyn is heading back to the U.S. Senate that may not look like it did when he left. Although they did not take Texas, Democrats are hoping to flip the senate and take control of both chambers of Congress.