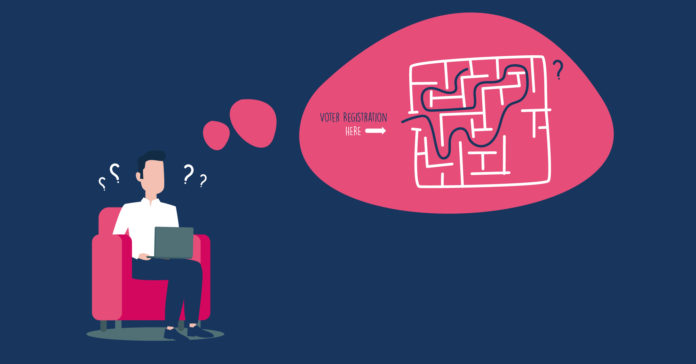 The 2020 election looms large, and in Texas it might be one of the most consequential in the state’s history.

Texas is closer to being a swing state than it’s ever been since 1980, and with 38 electoral college votes, it could become the path to victory for presidential hopefuls. Though both former Secretary of Housing and Urban Development Julián Castro and former congressman Beto O’Rourke failed in their bids to win the Democratic nomination for president, both Texans remain frequent names suggested for the vice presidential spot on the ticket, thanks in large part to changing Texas voting demographics.

In two-thirds of cases, vice-presidential candidates swung their home state by 12 percent. Hillary Clinton lost Texas to Donald Trump in 2016 by only 9 percent, putting the state well within reach of a possible blue flip with the help of a hometown candidate.

Beto O’Rourke’s near defeat of Ted Cruz in 2016 may have John Cornyn running scared for his Senate seat this year. Though he remains one of the most powerful Republicans in the country, often serving as a top Trump lieutenant, there is some evidence that his position is not as secure as previously thought.

Several polls show him less popular in the state than Cruz, and his base of support tends to be a more nebulous one of older Republicans loyal to the Bush dynasty. His fundraising dwarfs that of his most popular Democratic challenger, USAF veteran MJ Hegar, but she is still vying for the nomination against six other hopefuls.

The state is poised to gain three new House seats thanks to the 2020 census, making Texas’ presence in the United States Congress even greater. The first Texas legislative session of 2021 will result in redistricting, meaning the process will largely be controlled by the party in power.

Republicans held a 95-seat majority in 2017, but that was whittled down considerably by a 12-seat pickup by Democrats in 2018. Now, Democrats would need to flip nine additional seats to retake control of the Texas house for the first time since 2001. Both parties are gearing up for the battle, which is expected to take place mostly in Austin, Houston, and North Texas.

All these battles will depend on voters, which has many people talking about how the state registers people. Currently, the state is in a protracted battle over online voter registration. In 2018, the Texas Secretary of State rejected 2,400 registration applications submitted through Vote.org. The reasoning was because the site allowed users to submit a picture of their signature, it did not count as an original signature. As a result, the state is being sued by the Texas Democratic Party, who say that the rejections are violations of the First and Fourteenth Amendments. Texas is one of 13 states that does not allow citizens to register online.

“I think they should continue to sue,” says MoveOn.org Resist and Win Leader Joy Davis of Houston. “The process to register should be as simple and easy as possible. There were people I met who registered [online] but were in conflict with the state law. It wasn’t a good feeling when they realized their registration wouldn’t count.”

Rejecting and purging voters from rolls has been a standard tactic of Texas Republicans since the 2018 midterms. One famous example came from a challenge of 4,000 voters on the rolls by the Harris County Republic Party. A deep look at their challenges revealed that a significant number of the people targeted were likely homeless, as well as students and people from the foster care system still using group homes as their primary address. This was seen by some as targeting likely Democratic voters. Former Texas Secretary of State David Whitley eventually resigned over attempted voter purges in 2018 when it was found that many of the names on the list were mistakes.

“Some would think this was all done purposely,” says Davis. “Why are so many people purged? Some of them don’t qualify to be purged, but this is the tactics Republicans use: voter suppression. Our voting rights are always under attack.”

One suggested solution to voter suppression is automatic voter registration. Some states, such as New York, are already moving in that direction by automatically registering anyone who fills out a state form. A similar program in Texas could add as many as 2 million voters to the registers, a roughly 13 percent increase.

“That would decrease the need for us to have to go and knock on doors,” says Davis. “We could use that energy for getting those people out to the polls. We could be letting them know when the election is happening and how to get them there.”

Wondering how to prepare for the upcoming elections? Here are some facts and links to bookmark.

*Vote.org allows you to check your voter registration status in 30 seconds.

*If you’re not registered, you can get a form in person at any county office on this list. In person is still the best way to ensure your status.

*You can also print and mail an application.

*Registering is free, but requires a driver’s license or state ID and the last four digits of your social security number to process.

*The last day to register to vote in the general election this November is October 5, 2020.

*Once you receive your voter registration card, make sure it is accurate (correct spelling of name, address, etc.). Submit any changes necessary immediately.

*DO NOT LOSE your voter registration card. Though not absolutely required on Election Day, it is ironclad proof you are eligible to vote.

*If there is a problem when you go to vote, ask for a provisional ballot while the problem is sorted out.

*Be sure to recheck your registration again before the cut-off day in case of purges of the rolls.