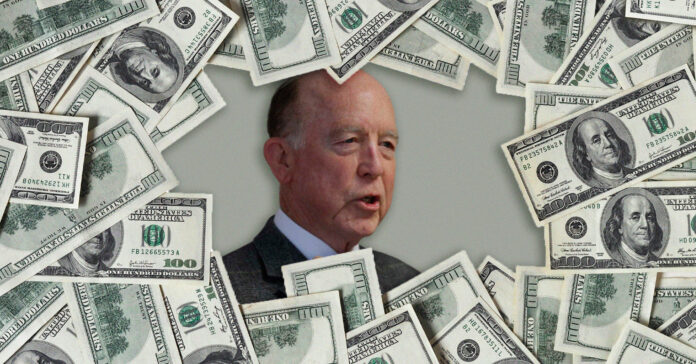 A Houston political far-right activist is facing a criminal indictment for his role in funding a private investigation into voter fraud that ended with the investigator pointing a gun at an innocent air conditioning repairman.

Steven Hotze was indicted by a Harris County grand jury on charges of unlawful restraint and aggravated assault with a deadly weapon, according to his attorney, Gary Polland.

The indictment is connected to the aggravated assault of a repairman who was held at gunpoint by a former police officer, Mark Aguirre, who was hired by Hotze to investigate voter fraud.

According to The Houston Chronicle, through a group called Liberty Center for God and Country, Hotze funded the private investigation into conspiracy theories that Democrats had collected thousands of fraudulent ballots. They paid Aguirre $266,400 for his part in the investigation.

The majority of the money, $211,400, was received by Aguirre one day after the alleged assault, previous grand jury subpoenas showed. The ex-police officer was charged in December 2020.

Hotze is not only being charged in connection to the same incident but is also facing a civil lawsuit filed by the repairman, David Lopez. Lopez is seeking more than $1 million for “bodily injury, physical pain, past and future mental anguish, exemplary damages and attorney fees,” according to the suit.

However, the Aguirre incident did not put a dent in Hotze’s plans, who continued to seek donations for more voter fraud investigations. At the beginning of the month, he hosted a “Freedom Gala” fundraiser in Houston, alongside Attorney General Ken Paxton and Mike Lindell, the MyPillow executive and big supporter of Donald Trump’s “Big Lie.”

All the proceeds of the event would go towards investigating voter fraud in Harris County and Texas, recruiting poll watchers, and funding “legal defensive and offensive efforts to Stop Vote Fraud.”