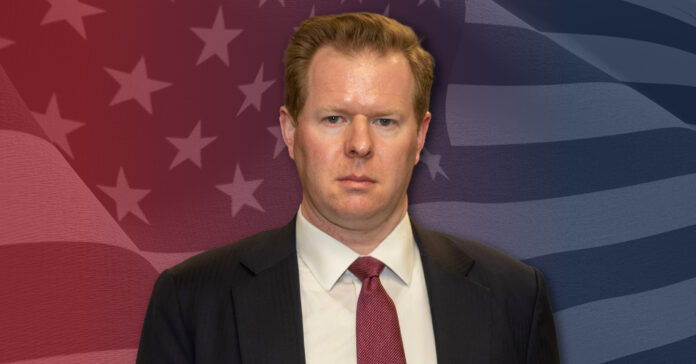 On Monday, following meetings, lawmakers from both the Texas House and Senate asked the Public Utility Commission to hold off on its planned electricity market redesign until the Legislature can evaluate it next month.

Last month, lawmakers asked the PUC, the state’s energy regulator, to testify to senators from the Business and Commerce Committee who questioned PUC Chair Peter Lake and the Electric Reliability Council of Texas (ERCOT) about proposals that address the issues with the power grid.

Following the hearings, the committee had numerous unanswered questions afterward, and last week, after hearing similar testimony from Lake, the senators wrote a letter to PUC’s commissioners.

The letter stated their concern that the PUC’s proposal may fail to meet the requirements of Senate Bill 3 — and would not guarantee that new generating plants would be built “in a timely and cost-effective manner.”

This is the latest installment of the continuing saga regarding the effort to stabilize, reimagine and redesign the state’s power grid, and elected officials seemingly have more questions than the PUC has answers.

Following the state grid failure during Winter Storm Uri in February of 2021, all Texans — right, left and center — agreed that something major had to be done to avoid the deaths, chaos, and dangers of another grid failure.

Yet few agree on exactly how to accomplish these goals, including Gov. Greg Abbott, who maintains the grid is on the way to stability, or Lt. Gov. Dan Patrick, who says the grid should be a priority for the 2023 legislative session because it’s not close to being fixed.

Patrick also called for new legislation that would result in additional natural-gas-fired power facilities, and called renewable energy “a luxury.”

Texas lawmakers harshly criticized Lake’s proposal, questioning whether it could guarantee the state has enough electricity in an emergency. And it contains a controversial incentive called a Performance Credits Mechanism or PCM.

The proposed PCM plan would award those credits to power generators that supply electricity to the grid during peak demand hours, when the operating reserves of electricity on the grid are at their lowest, due to extreme weather conditions.

Even though Lake promised his plan would “guarantee new steel in the ground,” senators, energy experts, and executives refuted his claim, the Houston Chronicle reported.

What most energy experts and state officials agree on is that the grid needs on-demand power for the peak usage hours during the night when clean energy sources can’t help with the demand due to the lack of wind and sun.

The backup power could then come from energy-storing batteries and quick-fire natural gas power plants, called peakers, which could have prevented the rolling blackouts in 2021.

The prevailing consensus was that the plan was based on a predetermined outcome and that the research failed to connect the dots that would create a roadmap to a permanent fix.

“We need to meet demand on the days when renewable sources come in below forecast,” said ERCOT CEO Pablo Vegas during a state House hearing this month. “The fact is that firm demand is growing at a pace that is surpassing dispatchable generation. If there’s a low renewable performance, we could be in a situation where we cannot meet the needs of our customers.”

Even the E3 consultants think that Lake’s idea is not the best way to guarantee reliability, and recommend the state pay for backup capacity like other states.

The PUC meets again on Thursday, which may allow commissioners to review their plans and see what alternatives might exist to stabilize the grid more quickly than the proposed PCM plan.

Lake and his fellow commissioners chose a proposal from an out-of-state company, E3 Consulting. Then, the PUC, while claiming to want an impartial review of all the plans they received, hired E3 to analyze all the plans, including its own.

In October 2021, E3 offered the PUC a plan to redesign Texas’ deregulated power market in a 44-page proposal, which was largely paid for by energy giants NRG and Chicago-based Exelon, according to the Houston Chronicle.

Yet, the PUC commissioners took little time reviewing alternative plans, ultimately paying E3 to do the work for them.

The result? — A seemingly cursory review of the options available, a solution that is seen as a conflict of interest at best, and a pipe dream level long-term solution — as “old man winter” waits to strike.

In the subsequent hearings, E3’s experts had an opportunity to testify, however, their representatives didn’t bother to attend.

Their reason for not testifying? They said that making public comments would conflict with their obligations to other E3 clients, which include competing natural gas companies since their solution is heavily reliant on natural gas plants.

The PUC also paid E3 $600,000 of the expenses to study possible solutions, in addition to the contributions from the energy industry.

So, Republican Sen. Donna Campbell was angry that E3’s consultants skipped the hearing after taking taxpayer money. “The fact that they are not here to explain their research and their process is bad form,” she said.

And criticism is coming from both sides of the political aisle, and numerous watchdog groups have also sounded the alarm that the proposed plan will cost consumers billions of dollars while continuing to benefit traditional energy providers and penalizing clean energy producers.

One major error she cited was exaggerating the number of fossil-fuel-burning units that would retire as Texas adds more solar power to the grid, she said.

Perhaps this is why Lake’s plan is meeting with a cacophony of resistance.

Experts who have reviewed the proposal are that it provides no equal footing in eligibility for the PCMs for clean energy producers, which is in lockstep with the GOP’s stated goals to support their major donors — fossil fuel producers and their executives.

The bill also bailed out gas utilities and electric companies from the financial fallout with rate-payer-backed bonds and loans.