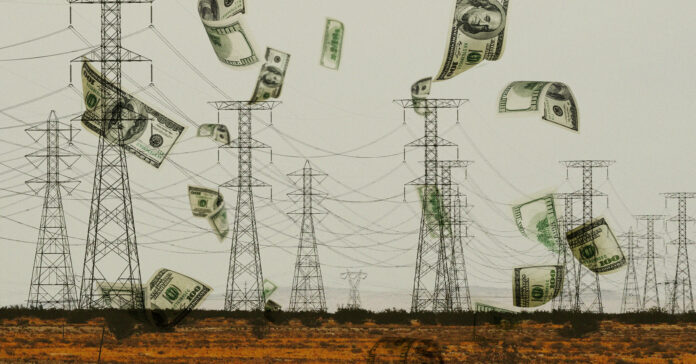 According to the Farmers’ Almanac winter weather forecast, Texas should see extremely chilly, below-average temperatures this winter, which is sure to remind many of the deadly Winter Storm Uri 2021 that hit the state in February of that year.

Residents no doubt fearfully recall enduring blackouts and days without running water, which resulted in the deaths of hundreds and over $100 billion in economic losses, leaving 4.5 million Texans without power, many for up to a week.

The power crisis nearly resulted in a “black start” — a total reboot of the entire grid across the state. The recovery might have taken weeks or months, with devastating results to Texas residents, transportation, businesses, and hospitals, and potentially impacting the U.S. national security, according to Ed Hirs, Energy Fellow at the University of Houston, author, and energy consultant.

So, Texas utility regulators are finally considering a major overhaul of the state’s energy market early next year.

But the plan they’ve come up with could cost consumers billions of dollars to the benefit of the state’s fossil fuel plants — and does nothing to improve the reliability of the state power grid, according to a consultancy company called ICF on behalf of the Texas Consumers Association.

The controversial plan is called Load-Serving Entity Obligation (LSEO) and was made by power plant owners NRG Energy and Exelon. And it’s the primary initiative of PUCT Chair Peter Lake’s strategy to meet the Texas legislature’s mandate to improve the performance of the Texas electricity grid.

But the plan lends itself to criticism from consumer and energy industry groups that the Public Utility Commission of Texas (PUCT) is ignoring competing ideas for significantly strengthening the state’s grid against extreme weather events, versus just reorganizing it.

Alison Silverstein, a former adviser to the PUCT and the Federal Energy Regulatory Commission who helped craft ICF’s analysis, said during a Wednesday press conference that those costs would hit the public in the wallet. And she added the plan would not deliver “new significant capacity to be built or predictable reliability improvements over time.”

The ICF report states that in their estimation, executing the proposal could increase wholesale electricity costs by $22.5 billion from 2025 to 2030, which is 90 percent more than the report’s cost estimates for the second-most-expensive option under consideration at the PUCT.

That burden would be passed onto Texans in the form of higher electric bills, regardless of whether they get their energy from large retail providers or municipal or cooperative utilities, according to Canary Media.

The changes instituted in Texas since the winter grid collapse have already increased wholesale electricity costs by an estimated $1 billion in 2022, Silverstein added. She also noted that one-third of Texans are low-income and energy-insecure, “which means that they are already having problems paying their electric bills.”

The Texas Consumers Association hired ICF to analyze options because neither state entity, the PUCT nor ERCOT, have made any assessments of the cost or reliability impacts of the other plans under consideration, Silverstein said.

The second plan previously under consideration, called “Backstop Reliability Service,” would incentivize coal and gas generators that would otherwise have to cease operations because they can no longer compete in the Texas market to remain available for emergency operations.

Unlike the rest of the nation, Texas does not have a “capacity market” or “resource-adequacy” structure, in which states pay power plants and alternative energy resources for being available to serve the grid during peak demand like summer and winter.

Instead, Texas has a much-criticized and controversial energy-only market structure, where power generators rely exclusively on spikes in energy prices in times of demand crisis to earn enough money to invest in building new plants.

The ICF said that the Backstop Reliability Service plan would cost about $2.6 billion between 2025 and 2030. That plan could also be more valuable for providing extra power during the longer peaks in electricity demand that are common in winter, Silverstein noted.

It would also be about 90 percent less expensive than the LSEO plan put forth by NRG and Exelon. “Texans need a reliable grid, but not at any cost,” Silverstein concluded.