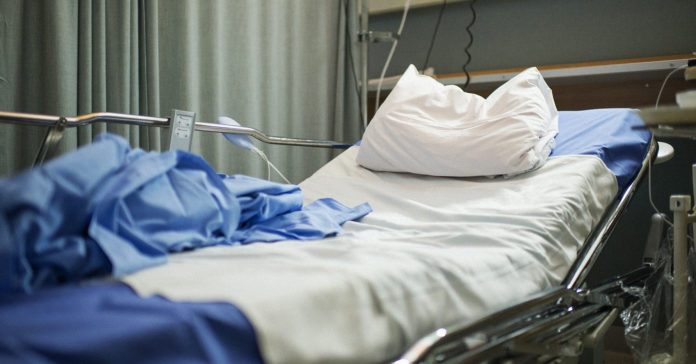 One of Texas’ most heated debates has been its refusal to participate in the Medicaid expansion under the Affordable Care Act. Now, it looks like we may be moving some way toward accepting it.

In Texas, the parent who gave birth is only eligible for Medicaid coverage for a scant 60 days. A new bill authored by State Rep. Toni Rose (D-Dallas), House Bill 133, would extend the coverage for a full year. While it is still just a drop in the bucket when it comes to poor people being uninsured in the state, it will significantly better the health care that parents receive post-partum.

“Access to medical counseling and resources would save lives if available to poor mothers whose safety net disappears 60 days after delivery, despite the fact that medical experts say new mothers are at risk of suffering psychological and medical setbacks for a year or more,” she said in Tuesday’s House Human Services Committee meeting.

According to Rose, 31 percent of pregnancy-related deaths occur after giving birth, and 90 percent of the deaths are preventable. One Centers of Disease Control report found that Texas ranks 13th in the nation when it comes to total pregnancy mortality, and more people die in Texas after giving birth than any other state.

So far, the bill has only one other sponsor, State Rep. Armando Walle (D-Houston). The Supreme Court ruled that states were not obligated to accept the Medicaid expansion in the ACA even if the federal government pays for 90 percent of the costs. Texas was one of the many Republican states that refused to grow their extremely limited coverage.

Another bill that could have vast impact on the number of uninsured in Texas is House Bill 3871. State Rep. Julie Johnson (D-Dallas) hopes it will create a new program called Live Well Texas. It’s a complicated halfway measure to the full Medicaid expansion that if adopted would bring insurance to about 1.5 million low-income adults in the state. The program would terminate if the federal government did away with the 90 percent funding assistance written into the ACA. The primary Republican argument against joining the expansion is fear that federal funds would one day be withdrawn and leave Texas taxpayers on the hook for the full bill.

To be eligible for a basic plan, a person must be a resident of Texas between the ages of 19 and 65 with an annual household income that is equal to or less than 100 percent of the federal poverty level ($12,880 for a single person, $26,500 for a family of four). This is significantly below the expansion written into the ACA, which covers people up to 133 percent of the federal poverty level.

The good news about HB 3871 is that it has far more Republican support than might be expected. Lyle Larson (R-San Antonio), Steve Allison (R-San Antonio), Kyle Kacal (R-Hillster), and Dan Huberty (R-Kingwood) are all co-authors on the bill. As of April 21st, 76 out of the 150 Texas House members have signed on including nine Republicans. That’s enough votes to pass the House just ahead of the budget debate in the lower chamber on April 22nd when Rep. Garnet Coleman (D-Houston) will propose an amendment to draw down federal funds to expand Medicaid.

The bill is identical to one introduced in the Senate by Sen. Nathan Johnson (D-Dallas). While Live Well Texas would still be stingier than the full Medicaid expansion and could potentially throw people out of the program should the federal government ever reduce reimbursement below 90 percent, it would still provide more than a million Texans with health insurance. With the amount of Republican support it has so far, it’s just possible that it will pass.