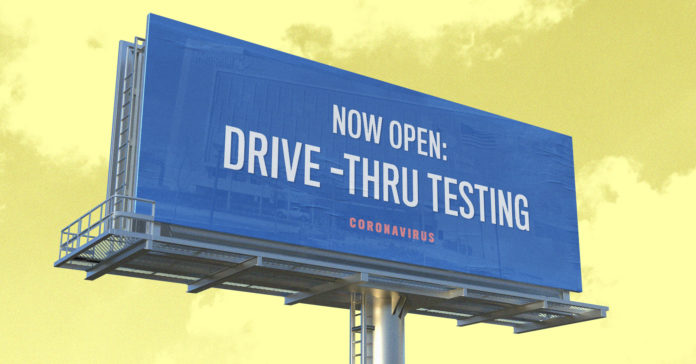 Nearly three weeks after the new coronavirus was first found to be spreading in Texas, testing has remained distressingly limited.

The virus’ expeditious spread through the state has pushed many state officials to act. Today, those who may be experiencing symptoms of coronavirus virus 2019 can be tested for free in Houston as well as other parts of the state.

“The tests that should have been done in January have not been done. But we have a light at the end of the tunnel. Today we will start this drive-thru testing,” said Rep. Sheila Jackson Lee (D-Houston), Chair of the Congressional Coronavirus Task Force. She spoke at the testing site at Houston’s United Memorial Center.

Lee pointed to Houston being one of the first in the country to begin free drive-thru testing. However, the tests are still limited.

“We are now one of the first in the country to start up. But let me be clear, we will have to work to get it produced,” she said at Thursday’s news conference.

Provided by United Memorial Medical Center, more than 2,000 tests will be available for free to those who present symptoms related to COVID-19 and are above the age of 65.

The free testing was accelerated after President Donald Trump approved a coronavirus relief package and signed it into law late Wednesday.

“What we are doing for now and the next few days is test people regardless of insurance.” said Dr. Joseph Veron, Chief Medical Officer of United Memorial Medical Center.

Patients’ test results will arrive in four to 24 hours.

However, the work for government officials is far from over. Lee warned that “as a member of congress we are trying to determine our next steps.”

With new reports showing impact among persons of all ages, Lee finished the conference requesting that the state’s youth continue to implement social distancing.

In Houston, the free-of-charge testing for those who show symptoms will take place at United Memorial Medical Center, at 510 West Tidwell, on:

Those willing to pay a fee or who meet other criteria can visit several other testing sites in Houston, Houston Public Media reported.

Outside of Houston, tests are available.

For those who are unable to be tested at a facility, Austin-based at-home testing startup Everlywell will start selling COVID-19 test kits on Monday.