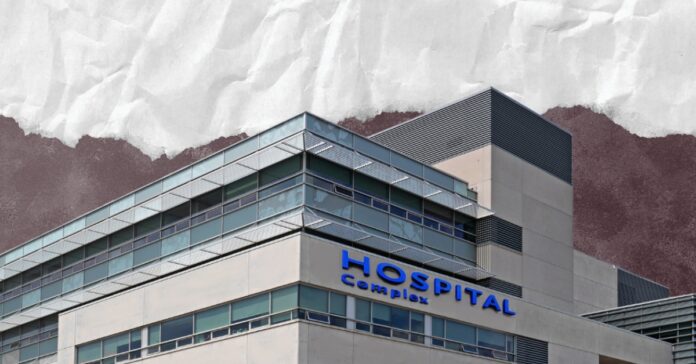 Evidence from a recent national study of Medicaid benefits shows that newly implemented programs utilizing preventative products and services to address respiratory and other health issues resulted in improved outcomes for Medicaid enrollees. The result of using these non-medical programs was that patients had fewer emergency room visits, took fewer sick days, and ultimately saved on the cost of their medical care.

A report prepared by researchers at Episcopal Health Foundation and the Center for Health Care Strategies illustrates how such programs could benefit Medicaid recipients in Texas.

The report is part of 2022 legislative recommendations from the Texas Value-Based Payment and Quality Improvement Advisory Committee, which urges state lawmakers to expand preventative Medicaid programs that cover non-medical drivers of health. They provide a forum to promote public-private, multi-stakeholder collaboration in support of quality improvement and value-based payment initiatives for Medicaid.

The research that led to the report focused on indoor environmental conditions in which people live and work that influence their health and wellness in non-medical programs covered by Medicaid.

They focused on these three areas:

An example cited in the report describes how an asthma remediation program identified mold in a 12-year-old girl’s home as a primary trigger of her asthma attacks. So, the program paid to remove and replace moldy carpeting.

The results were profound — she suffered fewer asthma attacks, and no absences from school — and a better ability to keep her asthma under control.

According to the Mayo Clinic, many patients suffer from allergic asthma, which not only includes reactions to typical triggers like pollen, dust mites, and pet dander but also mold and mildew, which the non-medical remediation and other air filtration machines greatly reduce.

“This is a game changer that could improve the health and wellness of Texans most in need in an entirely new way,” Barnes said. “We have to change the way we think about health and how we pay for it. The report shows how things could change for the better in Texas,” said Dr. Ann Barnes, a physician, and CEO of Episcopal Health Foundation.

“As a philanthropy, we’ve funded asthma remediation projects and food as medicine programs that have shown great health improvements, but they were limited to patients of a single clinic or area. This report describes a great opportunity for Medicaid in Texas to cover these non-medical programs on a much larger scale across the state with sustainable funding,” Barnes added.

“Medical care makes up about 20% of what determines a person’s health, yet right now we spend almost all health dollars – including Medicaid – treating conditions medically and not preventing disease outside the exam room,” she continued.

The Centers for Disease Control reviews of similar nationwide asthma remediation showed that for every $1 invested, projects returned anywhere from $5 to $14 in overall savings.

The report also found that the Center for Medicaid and CHIP Services has approved similar non-medical programs in other states, and it provides new guidance that will outline how states like Texas can use “in lieu of services” authority to pay for programs that cover non-medical approaches to health instead of only covering traditional medical care.

According to AsthmaMD.com, 11 Americans die from asthma every day in the U.S., resulting in more than 4,000 deaths due to asthma each year, many of which are avoidable with proper treatment and care.

And the non-medical care advocated by the study could greatly impact this number if adopted more broadly.

In addition, asthma is indicated as a contributing factor for nearly 7,000 other medical emergency deaths each year.

And the cost of treating asthma is a staggering $18 billion per year, while direct costs account for nearly $10 billion, with hospitalizations being the single largest portion, and indirect costs are $8 billion in lost earnings due to illness or death.

For adults, asthma is the fourth leading cause of work absenteeism resulting in nearly 15 million missed or lost or non-productive work days each year.

And, and chronic disease is the top reason for school absences among children ages 5 to 17, which costs the nation’s students an annual loss of more than 14 million school days per year, roughly eight days per year. It results in more hospitalizations than any other childhood disease.

And these figures do not include the impact on the parents of children with asthma, who also suffer lost work days when their children are forced to stay home due to attacks and other respiratory symptoms.

Other successful non-medical programs cited in the report include medically-tailored meals for those with diabetes and other chronic illnesses, fresh produce prescriptions for low-income families, and health-supporting grocery projects for seniors and pregnant women.

These programs show health improvements such as fewer hospital visits and sick days, and also reduced Medicaid spending on medical care by an average of $220 a month per person.

The report found similar evidence of health and financial benefits in housing-related programs that assist people in getting apartments after leaving mental health facilities. Programs that provide financial assistance for making homes accessible for disabilities, helping people learn how to maintain their housing, and negotiations with landlords also greatly benefit recipients.

Along with showing the benefits of these non-medical programs, the report outlines specific ways that Medicaid, Texas Health and Human Services, and Medicaid-managed care organizations could implement the interventions.