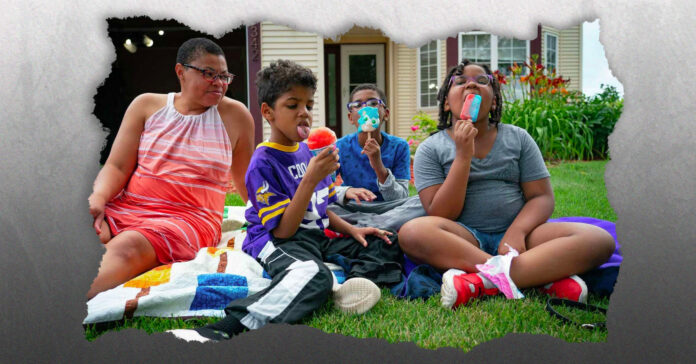 Texas’ has around 500,000 residents living with intellectual and developmental disabilities. However, the state has the capacity to serve barely a fifth of those individuals, according to a Houston Chronicle investigation.

The lack of access to intellect and developmental disabilities services has made Texas families take extreme measures. Many have had to leave the state in search of a better future for their children.

Sheletta Brundidge, mother of 9-year-old Cameron, 10-year-old Brandon, and 7-year-old Daniel, all diagnosed with disabilities, tried to get them services through the state of Texas. She was told it would be, at a minimum, a 10-year wait.

“What do you mean?” Sheletta asked the representative on the other end of the line. “I thought early intervention was key?”

After months of navigating the state’s horrible intellect and developmental disabilities system, Sheletta, alongside her husband did the only thing they could think of to give their children a chance, leave Texas.

It is hard to pinpoint exactly how many families have left Texas in search of services, but the Houston Chronicle interviewed half a dozen who, like the Brundidges, had to take extreme measures and leave the state in order to get the help their children needed.

Until 2015, the Texas Health and Human Services Commission, which oversees intellectual and developmental disabilities services, started to compile summary reports on the waiver waitlists.

At that time, there were more than 100,000 people waiting for care – some residents were waiting 12 to 14 years for services.

Meanwhile, the safety net services such as therapies, independent living skills training, and day habilitation were decimated by a 2011 budget cut from the Legislature. As of 2015, there were more than 2,000 people waiting for those programs, as reported by The Houston Chronicle.

Last month, the agency began to take steps to ease the waitlist, like expanding services through the waiver programs. The agency is also gathering more information through a questionnaire about the needs of individuals on the waitlists, which the state describes as “interest lists.”

However, at the end of the day, reducing the waitlist will come down to funding from the Legislature.