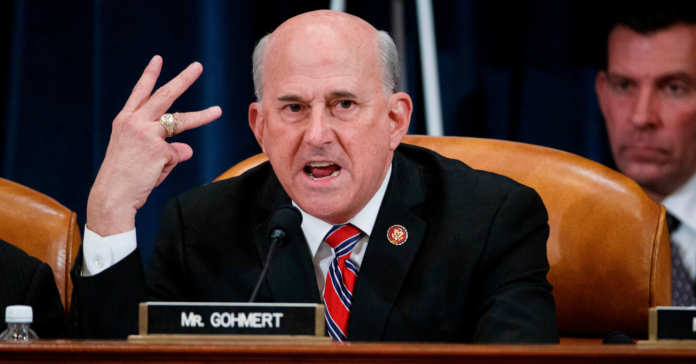 Rep. Louie Gohmert (R-Tyler) single handedly delays the House from passing the coronavirus relief bill from moving to the Senate.

Gohmert is holding up a coronavirus relief bill because he wants to read technical corrections to the bipartisan measure that the House was expected to pass.

The House cannot send the bill to the Senate without unanimous consent. Gohmert is the only lawmaker raising an objection. He apparently has a lot of questions still.

Forty Republicans voted against the bill in the first reading.

Despite the no votes, the bill passed the House on Saturday. House leaders are now making technical corrections.

Gohmert justified his objection tweeting, “We still do not have a final draft of the negotiated changes being called ’technical corrections’ and some of us believe that the newly worded laws should be finished before we pass them.”

He is the only one standing in opposition, while most of the Congress have returned to their districts. The changes would pass by unanimous consent if no one is present.

It’s important this happens now as the Senate is back in session this week.

The Lone Texan is freezing this bill from being sent to the Senate and is defying public will.

After the lone Texan, Rep. Louie Gohmert (R-Tyler), threatened to hold the coronavirus relief bill from moving forward, he backed off, and on Tuesday, the House sent the bill with the corrections to the Senate. Delayed Senate action was on the line. The coronavirus emergency bill provides free testing, paid sick leave and major funding in food aid, and it would extend Medicaid benefits and unemployment benefits. During a time of quick changing tides, potential for a delay brought rage across social media. Luckily the thorn poked at the bill from Gohmert was plucked when he drew back on Monday night.

Gohmert had insisted that every technical correction be read on the House floor while he tweeted, “I’d like to know how I’m holding up a bill…”