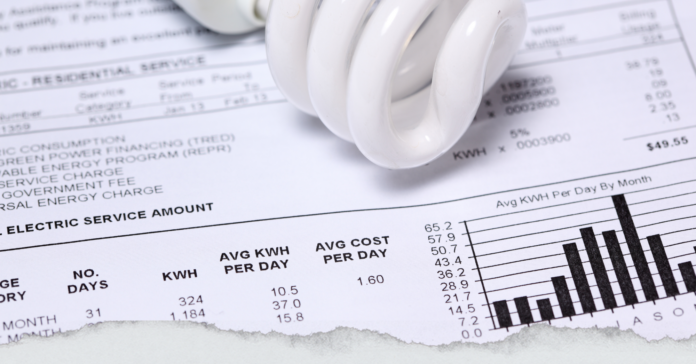 The Texas electric grid is under amazing strain as the state faces record high temperatures with so sign of abating. Power companies are reaping the rewards in the form of increased electric bills, a side effect of Governor Greg Abbott’s energy policies.

“I am worried people are going to be shocked,” said John Ballenger, vice president at Texas retail electric provider Champion Energy to The Texas Tribune. “Realizing this is 50 or 60 or 70% higher than what they had paid before, I’m just not sure it’s real to people yet. If it’s not, it will be very, very soon when the bills hit this summer.”

Some of the price spike is because of the Russian invasion of Ukraine and the subsequent banning of natural gas imports from Moscow. Natural gas powers most Texas generators, and Congress lifted a ban on exporting the state’s own natural gas to resource-starved Europe where demand is high. Texas oil and gas firms, as always, send their product where it will make the most money, not where it will most benefit Texans.

However, much of the problem is the energy policies put in place by Abbott and fellow Republicans. Despite the catastrophic failure of the power grid in Winter 2021 that led to a hundred deaths, neither the governor nor the legislature made grid reform a centerpiece of the last legislative session. Instead, Abbott’s priorities were conservative culture war initiatives that helped shore up his conservative base ahead of re-election.

Abbott signed some small reform bills last year, but they were notoriously lenient on natural gas companies. Gas companies are only required to fix extreme weather problems if the matter is deemed “critical,” without explaining what that means.

One aspect of the bills directly affects Texas electric bills. Abbott approved a plan allowing $6.5 billion in ratepayer-backed bonds for natural gas utilities and electric cooperatives. What this means is that power companies can seek bonds to cover budget shortfalls and then pass the cost of paying them back onto consumers. This is predicted to increase power bills for more than two decades.

Another problem is Texas’ commitment to its unregulated and profit-driven power system. The confusing mishmash of providers, all seeking the most money, leads to bottlenecks and wildly different prices. Much of what the Electric Reliability Council of Texas (ERCOT) does is try to manage that market to provide smooth deliverance of power, but it’s rarely effective.

Finally, there’s every sign that power companies make money off the chaotic, near-failure of the system. During the freeze, spiking prices meant gas companies raked in $11 billion. Those who could provide reaped the rewards, making the complete disaster a financial gamble where some companies won big.

One of those companies was Energy Transfer Partners, who made $2.4 billion from the freeze. In response, CEO Kelcy Warren donated $1 million to Abbott’s re-election campaign. It was the biggest donation ever to a Texas politician. Overall, Abbott received around $4.6 million from grateful oil, gas, and power company executives.

“Gas producers got a pass by Texas policymakers,” Michael Webber, professor of energy resources at the University of Texas at Austin told The Texas Tribune. “Making a million-dollar political donation to reward the government for its light touch and encourage the government to continue turning a blind eye to price gouging and windfall profits while hundreds of people die seems like a good return on investment.”