Home Infrastructure Why Is Texas Recruiting Crypto Farms When The Electric Grid Is Under...
Facebook
Twitter
Email 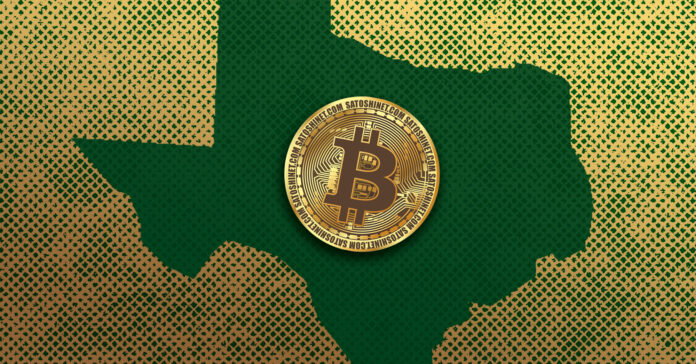 The Electric Reliability Council of Texas (ERCOT) is confident that crypto mining in Texas would not negatively affect the power grid even as they beg consumers to limit use to prevent brownouts.

Cryptocurrency like Bitcoin has become something of a magic bean to many Americans who see its wild growth as a fast track to wealth. A recent turn in the market and a rash of unexpected tax bills connected to commodity has done little to curb the enthusiasm of crypto enthusiasts.

One of those apparent enthusiasts is  ERCOT, who hosted a public meeting in April to assuage concern that an increase in crypt mining would harm the Texas power grid. The blockchain technology that powers cryptocurrency transactions requires a vast amount of computing and an appropriately vast amount of electricity to keep it going. This “mining” is how many would-be crypto investors make their money.

The price in terms of power is steep. ERCOT itself predicts that the influx of crypto mining in the state will require enough power to light every home in Houston by 2023. That’s the beginning. ERCOT says that inquiries from interested parties could drive power needs up to 17 gigawatts.

This potential need for a money-making endeavor has many Texans worried about what will happen to the poor if the load on the grid is too much. Earlier this month, ERCOT sent out notices asking Texans to turn up the thermostat and reduce power drain even as a heat wave rolled across the state. Texans also have long and painful memories about the winter of 2021, when a total failure of the power grid left most of the state dark in a deep freeze and led to more than a hundred deaths.

ERCOT assuaged these concerns in their public meeting by saying that they could simply ask the crypto miners to reduce their output if the grid requires it. Miners are already enrolling in a program that would theoretically make them sacrifice their efforts for the greater good of the grid.

However, it’s worth remembering that ERCOT has little actual power to punish miners if they fail to adhere to their pledges, just like they cannot actually make people turn down their air conditioners. Should the crypto mining operations begin to drain the power so much that it causes damage to the grid, ERCOT will likely only be able to recommend that the legislature pass a law regulating the industry and funding enforcement. Thus far, both ERCOT and the legislature have been slow to punish power providers who failed to provide electricity during emergencies, and it is unclear why they would be more aggressive with another profitable enterprise.

The reality is that the “flexible load” strategy envisioned by ERCOT is a complicated shell game of prospective energy futures made possible by the unregulated Texas energy market. Through a variety of agreements about pricing during certain times, ERCOT hopes to balance the load without sending any more electricity providers into shut down as six did this past weekend. All if this requires the good faith and cooperation of crypto investors, and if that turns out to be misplaced the extra load could lead to another energy disaster.