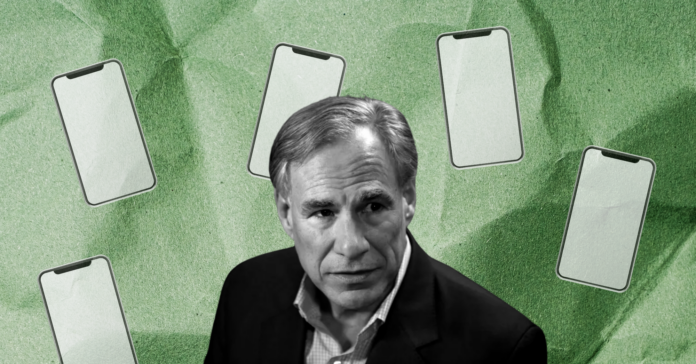 Dear Texans, in September your telephone bill will increase, and we’re sorry to inform you there won’t be much of a notice except a little note in your already hiked up receipt.

The culprits? Texas Gov. Greg Abbott and his old friends at the Public Utility Commission – they were let go for incompetence after the February 2021 freezeout disaster.

According to The Dallas Morning News, they both had a chance to fix this, but backed out.

In short, just like with the electricity crisis, Abbott and his previous slate of PUC pals hanged us out to dry. Due to their negligence, we are stuck paying the bills – which will contribute to a $210 million fund to pay a backlog of debt owed to rural telephone companies and phone co-ops.

Every month, Texas phone users pay toward the Universal Service Fund so that dozens of rural telephone companies can provide phone service to several million Texans who live in remote areas.

In the past several years, PUC fell behind in making the payments. To make up for the backlog, in June 2020, PUC staff recommended that the fee of the basic service cost on the phone bill should increase from 3.3% to 6%.

But, commissioner Arthur D’Andrea blocked it, saying “This is not a time when we should be raising taxes on people.” And PUC chair DeAnn Walker said to “leave the fund as it is.”

Last year, the Texas Legislature tried to fix the backlog, but Abbott vetoed the bill, saying “It would have imposed a new fee on millions of Texans.”

Time passed, and nothing changed. So the phone association, along with the Texas Statewide Telephone Cooperative, sued the PUC. Last month, an appeals court ruled in favor of the phone companies, as reported by The Dallas Morning News.

Due to Abbott and the PUC’s negligence, the rate jumped from 3.3% to a whopping 24%.

“We have been baffled by this from the beginning,” says Mark Seale of the Texas Telephone Association about state leaders’ avoidance of this growing debt. “If they’d raised the rate two years ago at 6%, they would have avoided this entire thing.”