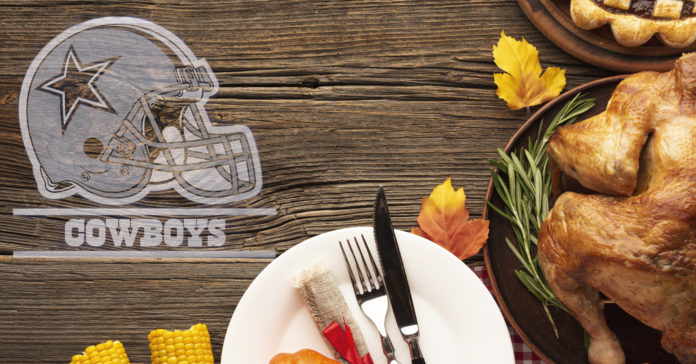 Turkey and football go hand-in-hand on Thanksgiving. Some say Thanksgiving is also synonymous with the Dallas Cowboys.

This year, the Cowboys will play their annual Thanksgiving game in Dallas against the Buffalo Bills. The holiday game tradition dates back to 1966 and places “America’s team” in the National spotlight every year.

Although Dallas’ Thanksgiving Day football tradition dates back more than half-a-century, it pales in comparison to ‘the other Thanksgiving football game.’

The Detroit Lions have been playing on Thanksgiving since 1934. When team owner George A. Richards decided to play on Thanksgiving, it was considered a gamble. At the start of the 1934 season, the Lions could only draw 15,000 people to a game.

In an attempt to increase ticket sales Richards decided to play a game on Thanksgiving. As Mental Floss put it “since Richards’s WJR was one of the bigger radio stations in the country, he had considerable clout with his network and convinced NBC to broadcast a Thanksgiving game on 94 stations nationwide.”

When the Lions played the undefeated Chicago Bears the game was a sell-out and the team was turning people away at the gate. Although, the Lions lost on the inaugural Thanksgiving Day game — and have 38-36-2 lifetime record — the tradition stands.

The Dallas Cowboys followed a similar route to their annual Thanksgiving Day game. In 1966, the Cowboys were still seen as an expansion team, despite having been in the league for six years.

In an attempt to boost the visibility of the struggling team Cowboys general manager Tex Schramm came up with the idea to play a game on Thanksgiving. However, there was some concern that a second game on Thanksgiving wouldn’t have the same draw as the Lions game.

To sweeten the deal, the NFL offered the Cowboys a guaranteed minimum gate revenue in case the game turned out to be a bust. Schramm’s eye for marketing wound up paying off.