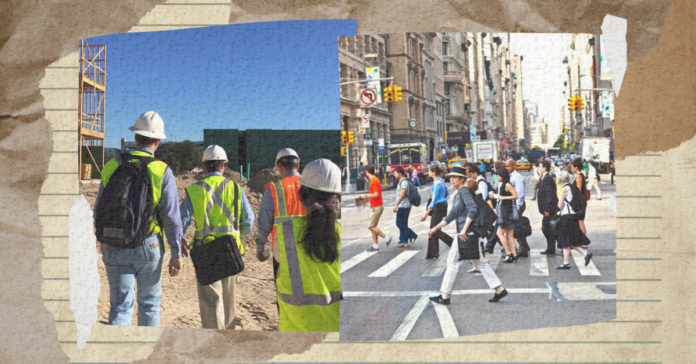 Though Texas ranks in the top five U.S. states for business development and general economic strength, the state scored in the bottom five out of 50 states in a recent wave of studies ranking the best places to live and work, according to recent reports.

Oxfam, a global organization that battles the injustice of poverty, also reported that while the state has low unemployment, the satisfaction of workers is lagging. Texas earned a zero for its right-to-organize score, as it doesn’t require collective bargaining via unions for public sector workers, according to their report.

One of the reasons Texas ranks low with workers and is seen as pro-business is the minimum wage, which still follows the Federal guidelines of $7.25 per hour. Whereas other states in the region, including Arizona and Colorado have increased their minimum wage to over $12 an hour.

Additional factors are cited in a CNBC report. “Many Gen Z and millennials will turn down jobs that don’t match their values,” and indicated Texas businesses are failing to do so. According to the study, “Texas scored 72 points on the life, health, and inclusion subject matter, equating to an F.”

A new Gallup poll says 71% of Americans support workers’ rights to form labor unions, which is the highest percentage since 1965. And in Houston, workers continue a trend toward organizing, with two new unions formed recently.

At a Starbucks in Montrose, workers successfully unionized after months of campaigning, and the location is the first company shop in Houston to do so.

An example of the conflict between employers and employees is Republic National Distributing Company, the Texas-based alcohol distributor. According to Forbes, the company spans 22 states, is ranked #25 on the Forbes list for privately held businesses, and had a 2021 Revenue of $11.9 billion.

While unemployment rates in the state currently hover around four percent, per capita income in Texas past 12 months was only $32,177, which experts say is below the poverty line for a family of five with one working head of household.

And as rents rise across Texas, supply is down, and demand is up. And since there is no rent control in the state, and as people continue to move to the state for jobs, landlords have taken advantage. According to Rent.com, rental prices across the state have gone up by 13.18% just since 2021.

Monica Guzmán, policy director of Go Austin/Vamos Austin (GAVA), advocates for housing affordability in Austin. She said the state should let cities implement rent control, but doesn’t see that happening soon. “Unfortunately, we need a movement on that to get that changed,” Guzmán said.

In a recent statement, Guzman added that GOP state leaders project a $27 billion surplus, and a continued robust state economy, and should be well-positioned financially to provide property tax relief to Texans, especially to seniors on fixed incomes.

The Federal Reserve Bank of Dallas found that a majority of Texan’s wages have failed to keep up with inflation in 2022. Thus, the median decline in real wages is roughly 8.5 percent, which is the largest decline over the past 25 years.