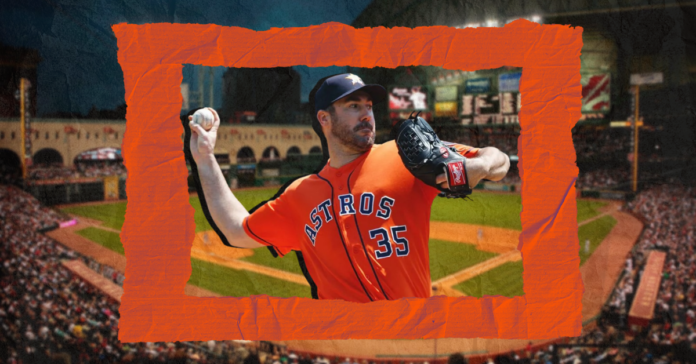 Astros right-hander Justin Verlander earned a place in MLB history Tuesday night by becoming the second oldest pitcher to win the American League ERA title with a sub-1.80 ERA for the 2022 season. In addition to his league-best 1.75 ERA this year, he also won his 18th game against four losses in his final regular-season start, pitching five innings, striking out 10 Philadelphia Phillies in an Astros 10-0 win.

To put this feat in perspective, the oldest pitcher to do so was all-time great Cy Young in 1908 with the Boston Red Sox at age 41, and the MLB pitching awards in both the AL and NL are named for him.

And that may just be the first of many honors after his performance this season, as he made his case to win the AL Cy Young for the third time in his career.

Incredibly, his award-worthy season happened after undergoing Tommy John Surgery, formally known as ulnar collateral ligament (UCL) reconstruction, and the Astros ace returned after missing the entire 2021 season to have one of the more remarkable seasons in MLB history at age 39.

He surpassed his own best mark of 2.40 ERA from 2011, a season in which he won his first Cy Young, and was named AL MVP with the Detroit Tigers.

ERA, or earned run average, represents the number of earned runs a pitcher allows per nine innings, defined as runs scored without the aid of an error or a passed ball. It is the most common stat for evaluating pitchers, aside from a pitcher’s win-loss record.

The Astros season seems even more impressive, given the season the Yankees had, who also had some key historic performances. Yankees Aaron Judge hit home run number 62 Tuesday, surpassing Roger Maris’s 61 home run mark from 1961. Judge’s mark of 62 is the most in AL history.

Other milestones reached this season include St. Louis Cardinals’ future Hall of Famer Albert Pujols, who at 42 years old hit home run No. 702 of his remarkable career in his final regular season game this week. And joining Pujols in the 3000 career hit club was Detroit Tiger Miguel Cabrera, of which there have only been 33 players in MLB history.

The matchups are finally set for the 2022 MLB postseason, and the action begins this week. The first round, known as the Wild Card series, will begin Thursday.

Next Tuesday, Houston will face the winner of the three-game AL Wild Card Series between the fifth seed Seattle and the fourth seed Toronto. The Astros have a record of 30-18 against the Mariners, and a tied record of 6-6 against the Blue Jays.

The Yankees will face the winner of the other AL Wild Card Series between the Tampa Bay Rays versus Cleveland Guardians, who are the third seed in the AL.

In the National League, the Los Angeles Dodgers, who have the MLB best record of 110 wins with one game remaining, have the number one seed. They will face the winner of the NL Wild Card Series between the fifth seed San Diego Padres and fourth seed New York Mets.

The defending World Series Champion Atlanta Braves clinched the number two seed. They will face the winner of the Wild Card Series between the sixth seed Philadelphia Phillies and the third seed St. Louis Cardinals.

Even though the majority of sports betting websites Vegas Insider has the Dodgers are a slight favorite to win this year’s World Series, according to Fan Graphs, the popular baseball analytics website, the Astros are the favorites to win what would be their second World Series.