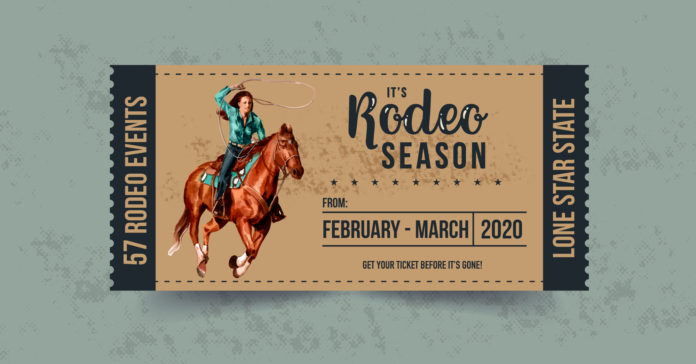 Rodeos are well-tethered to Texas, unabashedly and proudly reflecting its identity, heritage, historical economic viability and steadfast resolve. Rodeo in general serves as a cultural bond in many states, but stock shows, cowboys and cowgirls are arguably most associated with Texas.

“With the beginning of the cattle drives to market in the 1800s to now, Texas has been synonymous with the word cowboy,” wrote Scott Dorenkamp, livestock program and government relations manager with the Professional Rodeo Cowboys Association (PRCA), in an email to Reform Austin. “It is not uncommon to be asked if you are from Texas if you wear a cowboy hat in a venue such as an airport.”

“Rodeo has always been a part of American culture, especially deeply rooted in Texas, as rodeo is the official sport of Texas,” wrote Madison Ward, public engagement manager at the National Cowgirl Museum and Hall of Fame in Fort Worth, in an email to Reform Austin.

According to Rodeos USA, there will be a total of 57 rodeo events in the Lone Star State during February and March of 2020.

“The majority of the rodeos that take place in the winter months are in Texas, and cowboys from across the country spend the winter in Texas competing,” Dorenkamp said.

Texas is home to the largest circuit in the PRCA, offering 89 sanctioned events and consistently producing the greatest number of representatives at the National Finals Rodeo, he wrote.

“So, yes, Texas plays a vital role in the industry – from Little Britches, high school, national intercollegiate ranks, through the professional ranks,” Dorenkamp wrote. “Many of the oldest and largest rodeos in the world take place in Texas.”

Two of those rodeos are strongly connected to the Houston and San Antonio identities.

The Alamo City’s rodeo is an annual 18-day event that has had a substantial economic impact on the local economy, amassing more than $250 million, according to a study by Trinity University.

“Since inception, the San Antonio Stock Show & Rodeo has committed more than $210 million to support our mission,’ Sides wrote. “In 2019 alone, we have educationally impacted the lives of over 21, 200 Texas students.”

Financially, its impact is pretty obvious. A 2019 Houston Livestock Show and Rodeo economic impact study found that the event attracted more than 1 million people, with 27 percent attending from points beyond Greater Houston. In dollars, it had a direct impact of $133 million and in a greater economic sense, $227 million. Additionally, it specifically generated 3,694 jobs while supporting a total of 5,133 in the Houston area.

From a cultural standpoint, Houston’s rodeo has proven to be very dynamic by including most segments of the city’s population.

“As the nation’s fourth largest city, Houston is home to a diverse range of cultures and demographics,” Houston Livestock Show and Rodeo officials stated. “The Houston Livestock Show and Rodeo celebrates what makes the city of Houston unique with several special days throughout the Rodeo, including Go Tejano Day, which recognizes the Hispanic culture that is rich in Texas’ heritage as well as Black Heritage Day, where visitors learn how vital the African American cowboy was in shaping today’s Western culture.”

And rodeo is seemingly thought of as specialist cowboys plying their skill set in a rugged sport. But in Texas, women have played a role in the sport’s dynamic evolution, too.

In 2020, the Fort Worth Stock Show & Rodeo (FWSSR) was the first PRCA rodeo to introduce the breakaway roping event for women to its lineup, Ward wrote.

“Women’s involvement in rodeo has evolved somewhat parallel to the evolvement of women’s rights,” Ward said. “Women in rodeo have served a number of roles to advance the sport of rodeo such as a competitors, contract personnel, rodeo queens, entertainment acts, commentators, stock contractors, and more as they have and continue to break the gender norms.”

Perhaps Dorenkamp distilled the essence of rodeo and its influence on the people of the Lone Star State.

“Texas embodies the individualism, perseverance, competitiveness, and sense of fair play when it comes to rodeo. It also embodies the willingness to stand up for oneself and offer a hand up that pervades the cowboy and rodeo life.”