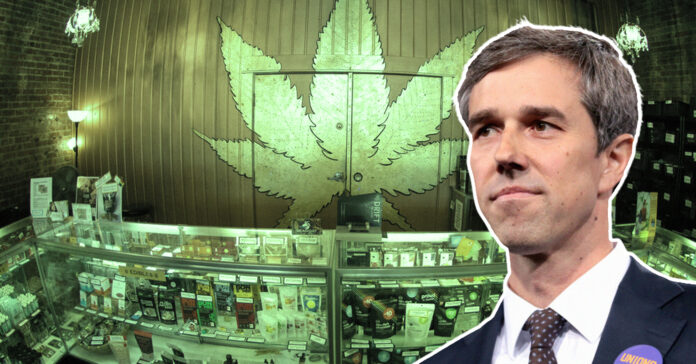 Democratic gubernatorial candidate Beto O’Rourke has always been in favor of legalizing marijuana. If elected governor, he promises to do just that.

Shortly after his victory last Tuesday night, O’Rourke told a cheering crowd in Fort Worth: “Don’t you think it’s time we legalize marijuana in the state of Texas? I do too. We can get that done.”

He later backed his posture with tweets.

In a November 2021 polling by the Hobby School at UH and Texas Southern University, they found that 67% of Texas residents support legalizing the sale and use of recreational weed.

“Whether you’re a Republican or a Democrat, whether you live in a small town or a big city, you can probably agree that it is time for us to legalize marijuana in the state of Texas,” O’Rourke said.

O’Rourke’s contender, Gov. Greg Abbott, is not an advocate of marijuana but isn’t against it either.

He has been suggesting for years that marijuana possession should not lead to jail time. However, the Legislature has made no moves to decriminalize the drug over the course of Abbott’s two terms in office.