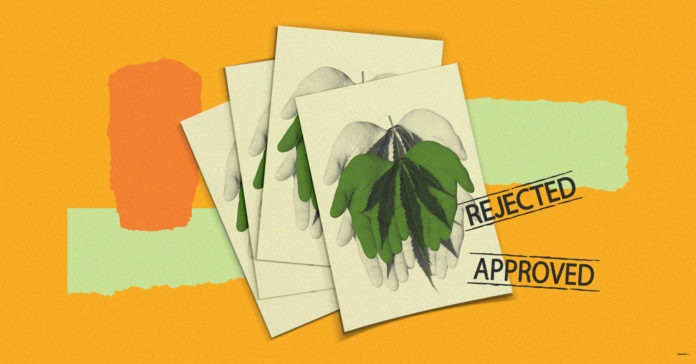 There are at least 13 marijuana related bills pre-filed for the session, though the odds on all of them passing are long. The most sweeping of them has been filed by Senator-elect Roland Gutierrez (D-Bexar), who won his bid to move up from the House. The bill he authored, SB 140, would fully legalize the use of marijuana for all purposes in the state for people over the age of 21 while also creating a full cannabis industry.

“Texas will be facing tremendous budgetary challenges next session. My bill would create 30,000 new jobs for our state and produce $3.2 billion in new revenue WITHOUT raising taxes on everyday Texans!” Gutierrez said on Twitter. Texas is currently projected to have a $4.6 billion deficit next year.

The bill would also create a slew of regulatory laws intended to control the substance and avoid use by minors. It would also place a 10 percent tax on the sale of cannabis, which Gutierrez estimates will raise $1.6 billion for schools and other public services battered by the pandemic economy.

In addition to Gutierrez’s bill, Rep. Joe Moody (D-El Paso) has filed a similar bill in the House, HB 447, which would also legalize use for persons over 21. Rep. Erin Zwiener (D-Driftwood), filed a complimentary bill, HB 441, which would focus more on decriminalizing the use of marijuana. Her bill would prohibit people from being arrested for use, and at most impose a minimal fine. It’s an approach tried by Moody himself in the previous session, which passed the House handily but died in the upper chamber.

How far are these bills likely to go since the Democrats did not take the House? It’s hard to say at this point. The financial considerations may indeed make headway where previous efforts have failed. Though there is some indication Texas’ late entry in the hemp industry might have cost the state the bulk of the benefits from the boom, most growers and processors remain confident that growth in this sector is still possible. Adding commercial use on top of the blooming CBD market could help dig the state out of its financial hole.

The main hurdle toward legal weed in Texas is Lieutenant Governor Dan Patrick, who serves as the head of the Senate. Though marijuana reform has mostly sailed through the House with bipartisan support, and in 2015 actually made it to Governor Greg Abbott’s desk at least once, Patrick has insisted on shutting down bills’ progress in the Senate often not allowing bills to even be brought up for a vote.

The most likely reason for that is because they have a decent chance of passing if they do. Cannabis reform truly is a bipartisan issue in Texas these days, though Republicans are not quite as ready for the legalization dive as Democrats. Rep. Steve Toth (R-The Woodlands) has pre-filed HB 99, which would reduce possession of 2 ounces of marijuana to a Class C Misdemeanor and prohibit arrest. This alone would be a huge step forward for criminal justice advocates, who see arrests for low-level drug charges as a way to imprison and harass the poor and people of color. It’s possible that seeing the winds change in Republican circles could move Patrick on the issue.

“I’ve seen the Lt. Governor’s opinions change on universal background checks, for example,” Guitierrez told the Houston Press. “Now he’s looking at closing the gun show loophole. I was very impressed by that, by his willingness to be able to see the light of day where he previously was at a different position.”

Even if Patrick does not have a revelation on the issue, there are signs of change in the many other bills pre-filed which would modestly alter the criminality of marijuana in Texas. HB 43 would remove the low THC cap in medical marijuana and allow doctors more freedom to prescribe. SB 90 would be similar, and specifically allow prescriptions for PTSD, which is currently prohibited. HB 307 would provide an affirmative defense for people caught with illegal amounts of cannabis, allowing them to prove that they believed they were buying legal amounts from reputable distributors. Considering how swamped the Texas crime testing labs are right now with the flood of hemp in the state, this is unlikely to make too much of a practical difference.

Of course, one way to solve the problem once and for all is to put the issue before the Texas voting public. Two bills, HJR 11 and HJR 13, would amend the Texas constitution to permit the use of cannabis, though what form that would actually take would once again be debated in the legislature. As a majority (53 percent) of Texans support legalizing marijuana (at least in small amounts) according to a recent University of Texas/Texas Tribune Poll, it’s likely such an amendment would pass.

Whether 2021 is the year Texas sees legalized weed is still very much up in the air, however, it’s clear that lawmakers are at least willing to make it a priority to try.