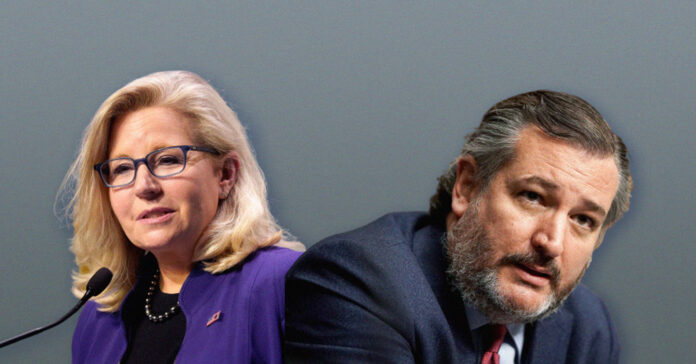 Cruz appeared on Sean Hannity’s Fox News show on Tuesday, where he accused the Wyoming congresswoman of being more like a Democrat because of the way she has spoken out against Trump. He then accused her of having “Trump Derangement Syndrome.”

“I think she falls into the category of people who Donald Trump just broke, just shattered,” Cruz said, according to Mediaite. “She hates Donald Trump so much that it just has overridden everything in her system. She’s lashing out at Trump and Republicans and everything, and she’s become a Democrat, and it’s sad to watch what has happened.”

Cheney did not take the comments lightly, and retaliated saying Cruz was “desperate for political approval”.

“Trump broke Ted Cruz,” Cheney said in a clip aired on CNN. “A real man would be defending his wife, his father, and the Constitution.”

Referring to the many ways Trump taunted Cruz in the 2016 Republican presidential primary, suggesting Cruz’s father was involved in the assassination of John F. Kennedy and calling the senator’s wife “ugly”.

At the time Cruz called Trump a “sniveling coward” but after exiting the presidential primary he became a loyal defender of Trump.