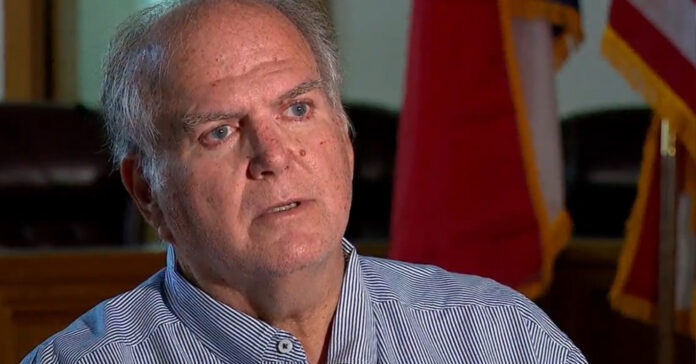 Governor of Texas Greg Abbott still hasn’t answered Uvalde Mayor Don McLaughlin Jr.’s request to shift the control of a $5 million fund for the victims of the mass shooting at Robb Elementary in Uvalde to a state agency.

State Senator Ronald Gutierrez and Mayor McLaughlin Jr. wrote a letter to Abbott this week, expressing concern due to the fact that the local district attorney is not prepared to handle the job that comes with the fund.

Abbott personally didn’t emit a response, but the governor’s office offered a statement to San Antonio Express News, basically saying that the local officials should get together and make a decision themselves.

The fund was created by the Governor after discussing with local Uvalde officials, and he was the one to announce that the one in control of the fund would be the local district attorney even after telling McLaughlin Jr. that they would have the final say in that decision.

“The initial $5 million investment for the Uvalde Together Resilience Center was made to Uvalde County. The governor will support whoever local officials designate as project director of the UTRC”, said Renae Eze, an Abbot spokeswoman, by email.

Many have expressed concern though, after seeing local district attorney Christina Mitchell Busbee’s handling of the fund, which is meant to support the grieving families of the victims of the mass shooting in Uvalde.

“This is families going up to City Hall and demanding change within the district attorney’s office in how she is disbursing these funds. This is a group of families that I have on a thread that I talk to by text every day and they are tired of getting the same responses”, said Senator Ronald Gutierrez.

In the letter they redacted to Abbott, they expressed that Busbee is “not equipped or staffed to provide these services,” and they cited “troubling reports” from people about the center’s lack of action to help the victims’ families.

They also stated that the loss of a child in such a tragic matter is an unbelievably difficult situation to begin with and that it “is made all the more severe because of the way these children were killed and injured” and state officials “ought to use every available resource in law to make these families whole”.

There have been complaints from locals, stating that the local attorney is not doing her job correctly, that “they go out there to see her, she’s rude to them, she won’t talk with them,” McLaughlin mentioned “We’ve had families tell us that they’ve asked for money to help with their bills and they’re not getting it.”

It has become a political dilemma with no clear answers since the Mayor is still not entirely sure how the process of changing the person in charge of the fund will go. And since they still have no response from Abbott, who appointed Busbee in the first place, there is little place for improvement.