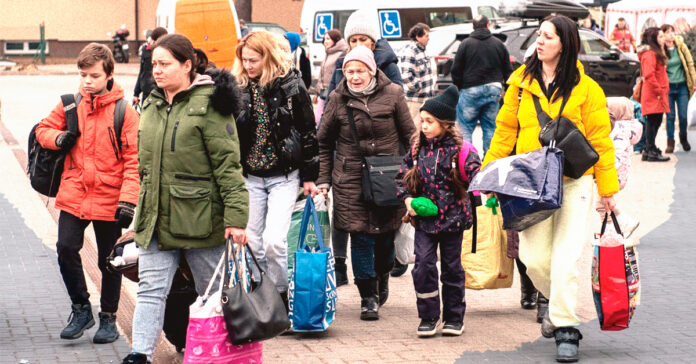 BRUSSELS/WASHINGTON, March 24 (Reuters) – The United States plans to accept up to 100,000 Ukrainians fleeing Russia’s invasion, two sources familiar with the plan said, after a month of bombardments has brought Europe’s fastest-moving refugee crisis since the end of World War Two.

The expected announcement would coincide with U.S. President Joe Biden’s meeting with European leaders on Thursday to coordinate the Western response to the crisis. Read full story

More than 3.5 million people have fled since Russia invaded Ukraine on Feb. 24, according to the United Nations.Read full story

The sources who spoke to Reuters did not clarify how the United States would handle travel and immigration logistics.

Not all of the accepted Ukrainians will go through the U.S. refugee program, one Biden administration official said, with others coming on family-based visas or another temporary process known as “humanitarian parole.”

Washington has already said it would speed up visa processing for relatives of U.S. citizens and residents, and increase staff to process humanitarian applications, which let people in on an emergency basis even without a visa. Read full story

He has said the United States would welcome Ukrainians fleeing war, but administration officials have said they believe most will want to stay in Europe where they can travel visa-free and have family and friends.

Eastern European nations, most notably Poland, have received hundreds of thousands escaping the Russian shelling of cities and towns across Ukraine. Those countries want additional assistance from other nations to take in refugees, with the European Union set to discuss “fair burden sharing.” Read full story

The United States has also allocated billions of dollars in economic aid to fleeing Ukrainians and nations hosting them.