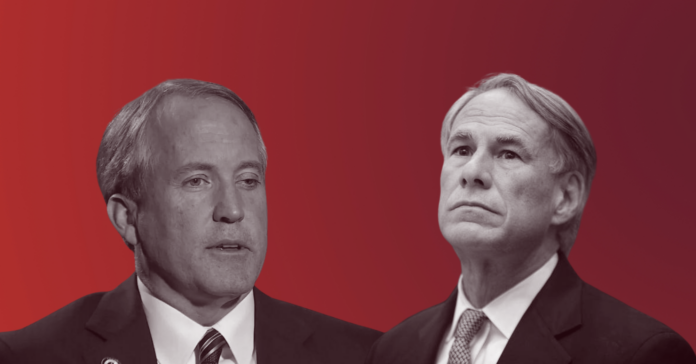 In 2011, a Houston filmmaker and photographer named Gary Watson released a six-issue comic called After Twilight that portrayed Texas as a theocratic secessionist nation that had descended into fascism. Ten years later, aspects of the comic, such as bounty hunters seeking people who had abortions, would start to come eerily true.

In the aftermath of the Supreme Court of the United States overturning the constitutional right to abortion, Texas is poised to be the cauldron of future limits on personal liberty. Top leaders in the Republican-controlled government have already signaled that they will begin preparations for rolling back freedoms for residents.

The rights of LGBT people to exist unmolested by state power appears to be first on the chopping block. The Texas legislature has already restricted what sports trans children can play in public schools, but that’s nothing compared to the ongoing inquisition that was launched by Governor Greg Abbott earlier this year.

Under the guise that gender-affirming care for children is child abuse instead of life-saving medicine endorsed by every major secular medical group in the country, Abbott instructed the Department of Protective Services to investigate parents who follow their children’s doctors’ advice. The move came after Attorney General Ken Paxton, who is currently under both criminal indictment and federal investigation, enthusiastically supported the action in a legal opinion. Currently, the matter is tied up in court.

It’s not just trans people who are on the hit list to have their freedoms stripped. Paxton said in a recent interview that he would happily defend the state’s anti-sodomy law in court if he got the chance. The statement comes after Justice Clarence Thomas wrote in his concurrence that the court should revisit several prior decisions that protected the rights of LGBT people, including Lawrence v. Texas. The law was used by the state as a means to harass gay and lesbian people in their homes and was eventually struck down by the Supreme Court.

Even after the law was struck down, Texas Republicans still used a clause that banned sex toys to profile and arrest people in sex shops, some of whom may have had to register as sex offenders. Multiple people who worked in Texas sex shops in the 2000s reported vice cops stalking and bullying LGBT people who frequented the establishments. These laws remain on the books even after they were declared unenforceable in 2008, and it’s clear Paxton would relish the chance to fight for them.

In another chilling parallel to After Twilight, Texas is also targeting what people can read. Widespread regulation on teaching about historical racism and LGBT issues in schools has already moved into public libraries, implying that the state is going to tighten its grip on what it allows people to read in places funded with public money. It’s not book-burning yet, but it’s not that different either.

So far, the only personal liberty Texas seems to be expanding is the right to carry guns, having passed permitless carry in the most recent legislative session. These tests of a state’s ability to crush personal liberties are likely to trigger more challenges that end up in the Supreme Court. It’s very possible that some act by Texas Republicans today could portend the eradication of rights in other states in the near future.