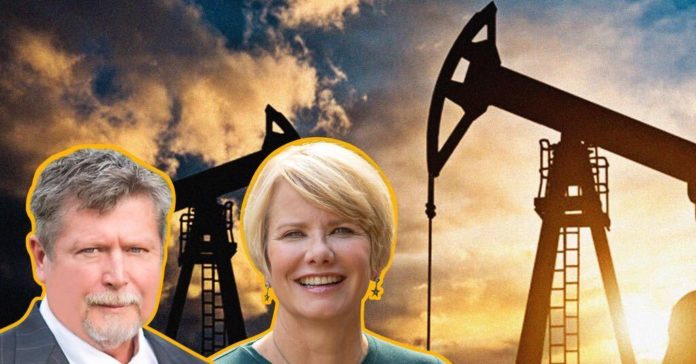 If you care about climate change, look down ballot. Keep going after you make your pick for president and the Senate. Down in the statewide races, cloaked by a misleading name, is a critical choice. Don’t miss it. Texas voters have a power other Americans don’t.

A seat on the Texas commission that regulates oil and gas production is in play in 2020 — and voters have an opportunity to reshape the state’s energy future and America’s. There’s a lot going on right now, and it’s easy to miss an opportunity in an obscure race like the misnamed Railroad Commission. Bipartisan bills to rename it the Energy Commission or the Oil and Gas Commission fail every legislative session because powerful oil and gas interests don’t want you to know what goes on there.

Oil and gas drillers ask for permission to waste Texas’ natural resources by venting natural gas straight into the atmosphere or flaring it (burning it off) and the Railroad Commission routinely approves them without even so much as a hearing. One commissioner can require a hearing and require producers to prove the necessity of flaring a greenhouse gas (methane) that is 86 times more potent than CO2. Another seat on the three member commission will be up in 2022. Electing candidates to these seats who take seriously their role to regulate oil and gas could have far reaching implications. Advocates who care deeply about climate change could move our state — long synonymous with oil and gas — into a clean energy future that will better position the state to succeed long term.

Texas is changing, and there is a growing interest among Texans for elected officials to tackle climate change. According to Climate Nexus, 70 percent of Texans want their state government to do more about climate change. This shift is driven by a growing young and diverse coalition of voters. Youth voting was up 500 percent from 2014-2018. From 2002-12, 800,000 new voters were added to the voter rolls; in the last four years, 2.1 million voters have been added.

In November, those who care passionately about the environment could easily be celebrating other victories and lamenting a narrow loss for the one position — outside of president and control of the Senate — that would have the biggest direct impact on climate change in the country.

An energy transition is underway in which the world is decarbonizing (albeit too slowly), reducing the use of fossil fuels and moving to clean energy. If Texas wishes to maintain its global energy leadership, it’s time for leadership to navigate this energy transition.

Texas leads in carbon dioxide emissions in the United States. Electing leaders to the Railroad Commission who will tackle oil and gas polluters could be the driving force to begin a process to reduce pollution and set the state up to win in the global energy transition that is underway. Climate activists and concerned citizens have a major opportunity in front of us — if we choose to seize it. In Texas, we want leaders who will tackle problems, not deny them.

With the Railroad Commission election, voters have a major opportunity to set Texas on a path to a cleaner energy future.

Tzintzún Ramirez is a former Democratic U.S. Senate candidate for Texas and founder of Jolt and the Workers Defense Project.

This op-ed was originally published in the Houston Chronicle. It is republished here with the permission of the author.