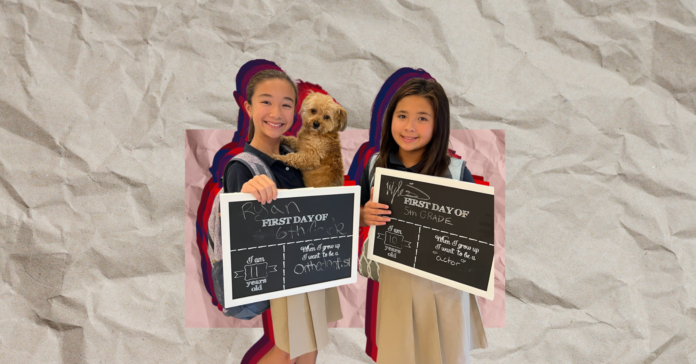 If your children, like mine, were born in the last decade, congratulations! Our kids have been dubbed the “school shooting generation.”

It’s an ominously fitting name for school-aged students who have listened to, read about, or more tragically, survived a school shooting.

As millions of Texas children head back to class in the coming days and weeks, the time is not only ripe to dispel this regrettable “school shooting generation” distinction, but it’s also urgent. With the Uvalde school shooting trauma still fresh in their collective hearts and minds, Uvalde school board members recently urged lawmakers – and specifically Governor Greg Abbott – to take action by calling a special legislative session to address school safety and gun violence in schools.  Because it is critical.  Without a special session, lawmakers can’t pass bills about school safety until at least next January, when the legislative session begins. By then, school will be half over.

Texans cannot stand idly by for another Uvalde to happen. Especially when school shootings are occurring more frequently and in greater numbers.

According to The K-12 School Shooting Database Project, since the Sandy Hook school massacre in 2012, there have been 1,025 K-12 school shootings in the U.S. Texas leads the pack with 43 shootings – the highest number of incidents compared to any other state in the last 10 years.

For Abbott’s part, shortly after Uvalde, the Governor ordered the creation of three legislative committees to discuss what can be done to make schools safer. Two of those legislative committees held a joint hearing earlier this month, recording testimony from several key officials. Lawmakers heard about the importance of training teachers on mental health and detecting mental health issues early. They also heard from The Department of Public Safety, who touted a single, statewide reporting system to detect threats of school shootings. At face value, both seem viable options to school shooting prevention. Then why wait to consider these recommendations months from now?

Governor Abbott has said that “all options are on the table” when it comes to considering school safety legislation, and he has deployed what he calls “all available resources to Uvalde,” including stepping up security measures at Uvalde ISD, enhancing law enforcement presence at Uvalde ISD schools, adding mental health and counseling support, and declaring Uvalde a disaster area to accelerate state and local response and resources.

Still, attention to school safety and support must be considered not just in Uvalde, but statewide. Enacting laws carries more weight than the piecemeal list Abbott is touting. Directing the Texas Education Agency to consider heightened safety standards and hiring a Chief of School Safety and Security, to name a few, are bureaucratic lip service at best.

Rhonda Hart, whose daughter was killed in the Santa Fe High school shootings, recently met with Uvalde family members whose loved ones were also killed. When interviewed by Houston’s FOX 26 News, she shared that every person she met with from Uvalde supported raising the age of buying an AR-15 assault rifle from 18 to 21. Let’s hope Governor Abbott and our legislators in Austin are hearing this option, as well.

To date, the Governor has tacitly rejected calls for a special session, in spite of demands from lawmakers, city Mayors and school officials across the state.

It saddens, frightens and angers me that my two young daughters are of the “school shooting generation.”  The first day of school is a day they eagerly await.  As their mother, I share their joy.

But for the parents of the 19 Uvalde students killed in May, there will be no first-day-of-school excitement. Concerns about school safety in Uvalde have driven some parents to opt for virtual learning, while other parents see no choice but to send their children to school, in spite of the Governor’s assurances.

Parents must not have to choose between safety and sending their kids to school.

Grownups have let our kids down, and we must make it up to them. Call a special legislative session to ensure our kids are safe. Governor, don’t let another school shooting happen on your watch.