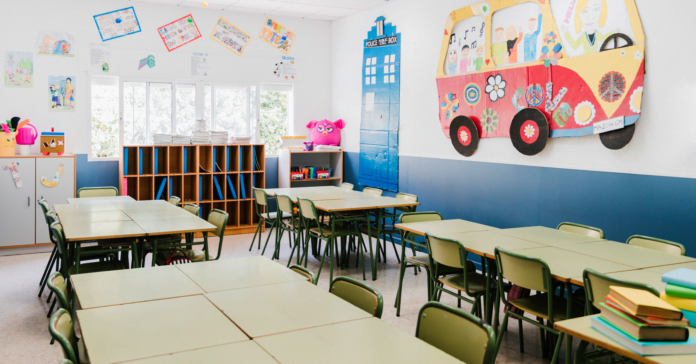 The state is hijacking the money provided by the federal government to your school district intended as relief for costs associated with COVID-19.

That’s a pretty extreme statement, but these are pretty extreme times, and the state has grown desperate not just because of COVID, but also because of the tanking of the biggest revenue stream they have in the oil and gas industry. When you couple that with a consistent stated desire to privatize public education in Texas through vouchers, tax credits, charters (which are not public schools despite what they claim), and virtual schools, you have a formula for the opportunism we see happening here.

The federal government, through the CARES Act, provided several different revenue sources to assist different parts of the state. One, the Elementary and Secondary Schools Emergency Relief Fund is specifically for K-12 schools and the unexpected expenses they have experienced because of COVID. The costs of purchasing technology, personal protective equipment, sanitation supplies, and building infrastructure for online teaching since March has been markedly higher than normal expenditure expectations. ESSER was intended to help defray those costs.

Instead, after demanding that schools stay open through online learning or other remote learning systems if they wished to be funded, the Texas Education Agency, under the leadership of Education Commissioner Mike Morath, has chosen NOT to fund those last 12 weeks of school after all. Their statement is that since the students were not in attendance (they were virtually) and since districts were shuttered (we were not), TEA has no obligation to fund the schools. TEA has taken the stance that the schools have the federal supplemental money to pay for operations, so they don’t have to.

Whether one agrees with this decision or not, it begs a question. The state money supplanted is roughly $1.2 billion. Where is it? It was already budgeted and allocated by our legislature, yet if you ask our elected leaders, no one was consulted. If this is a unilateral move by Morath, does that constitute an abuse of power and a violation of checks and balances between the executive and legislative branches of this state? That money was taxpayer property taxes, an area which so many have rightly been angry about of late. It was paid specifically for public education. Is it now an ad valorem tax, filling in gaps in the state budget? The state keeps saying rising property taxes are a local problem, but with HB 3, they lowered ISD tax rates, yet levies still went up. Now, if that money has been appropriated for state concerns, it seems obvious that our property taxes are manipulated by the state system, not by the independent school districts.

Rather than address this issue or consult with the legislature about reallocating state money in a transparent and open manner, Morath has chosen to hold phone conferences with superintendents and school boards chanting the mantra that “teaching without testing is just talking” and beating the drum that State of Texas Assessments of Academic Readiness testing will go on as usual. That’s his priority. Not assisting students and teachers. Not providing services to local communities. Testing. Spending billions more of taxpayer money when he claims it needs to be saved.

Morath has an abysmal record as a leader. Testing has been a train wreck under his administration, including lost student scores, and in allowing the “F” word to appear in the STAAR test meant for 10- and 11-year olds. His tenure has produced a financial rating of “F” with willful or negligent failure to provide proper oversight to taxpayer funds through proper bidding processes and other financial issues well-documented by both the legislature and the media. His dealings with SpedX are a prime example of this. The fact that we now owe the federal government $223 million (a number which was also originally misrepresented to the legislature) due to illegal distribution of special education funding is not acceptable.

It is time to get the office of Commissioner of Education under control. The people of this state and their locally elected representatives should control the education of their children, not a would-be despot with an agenda to privatize public schools. I ask that our legislature do the following things to provide better oversight of the position and make TEA an ally of schools once again:

We made an important first step toward needed structural reform of our school finance system last session. With his continued effort to mislead and usurp the legislative branch, Morath has proven yet again that he is not the person who should be advising legislative committees on how to balance school finances with taxpayer burdens. We need a new commissioner.