Home Public Safety After Six Deadly Shootings, Calls Intensify for HPD to get its own...
Facebook
Twitter
Email 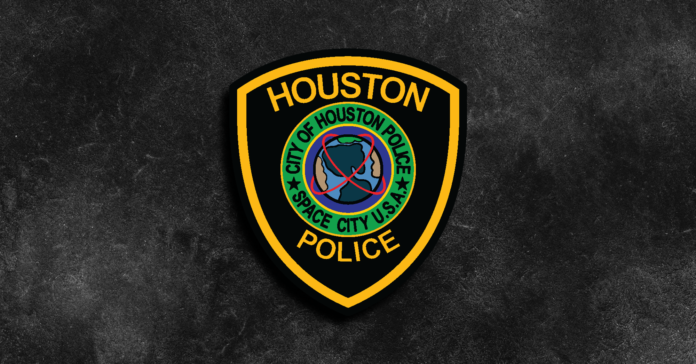 As Houston Mayor Sylvester Turner and Police Chief Art Acevedo were in front of the TV cameras speaking passionately about the need for police reforms following the death of Houstonian George Floyd, concerns about their own police department were headed toward a boiling point.

Since April 21, Houston police have killed Nicholas Chavez, Marine veteran Joe Castillanos and four others. Five of those people were Black or Hispanic.

In addition to the shootings, there is anger over the Houston Police Department’s refusal to make public an audit of its narcotics division and allegations that officers mistreated participants in the protests that followed Floyd’s death.

Activists, state lawmakers including State Rep. Gene Wu (D-Houston) and even the Houston Chronicle’s editorial board have called for change and more transparency.

In refusing to release the audit of the narcotics division, Acevedo has cited an ongoing investigation of former Houston Police Officer Gerald Goines, who lied to get a judge to approve the 2019 no-knock warrant raid that killed a married couple and left four officers wounded.

Goines was also involved in the arrest of Floyd on a drug charge in 2004, a fact that has raised questions about the legitimacy of Floyd’s arrest. Harris County District Attorney Kim Ogg has included Floyd’s case in a review of all of Goines’ past cases.

After previously dodging questions about releasing the audit and admitting he had not reviewed it himself, Turner on Friday overruled Acevedo and announced he would release the document to state lawmakers but did not indicate he would let the public see it.

State Rep. Garnet Coleman (D-Houston) told Reform Austin that he has not yet received the audit. Nor has he heard anything about the possible release of body camera footage from the April 21 police shooting of Nicholas Chavez.

“I think it should be released to the public, but I do understand why the mayor would give it to legislators,” he said. “It’s been the practice to have stuff released to us before to maintain confidentiality where it needs to be kept.”

Coleman added that the information should also be made public.

“Why have body cams if they won’t release the videos? Why have an audit if people can’t see it? A video associated with an act of violence by the police should be released,” he said.

In a tweet by reporter Jasper Scherer of the Houston Chronicle, Wu said it is not enough to release the narcotics audit to lawmakers but not the public. “I cannot imagine we would tolerate this from any other city or state agency where we suspected rogue employees or individuals,” he stated.

Activists see Acevedo’s resistance to releasing pertinent documents and footage as part of a public relations campaign by a chief who has been accused of not living up to the moral standards he sometimes sets in front of the cameras.

Scott Henson, who serves as the policy director of Just Liberty, a criminal justice reform organization and also writes the widely read blog Grits for Breakfast says that nothing Acevedo is doing, including any possible involvement by the U.S. Justice Department, will further transparency in Houston.

“It’s a very effective public relations campaign by the police chief,” says Henson. “When he can convince the press to publish his quotes about wanting transparency while issuing anti-transparency guidelines, you know it’s working. I don’t think anyone thinks the Trump justice department is actually going to hold anyone accountable. I think it’s an excuse. I feel that he has the authority to be more transparent.”

Henson believes that part of the problem is state law, which gives police chiefs authority to refuse the release of evidence like internal audits and body camera footage.

“Someone should take that authority away from them,” he says.

That is one of many proposals on the table as reform-minded lawmakers prepare for the next legislative session. Coleman and State Sen. John Whitmire have already called for the reinstatement of provisions that were stripped out of the Sandra Bland Act. Among the lost provisions were a ban on pretextual stops where cops use minor infractions such as a broken taillight to instigate a search for drugs or other more serious crimes.

Coleman is ready to reinstate those provisions and more. With the Texas legislature not in session until 2021, he plans to use the down time to proceed slowly and carefully, saying that if they were trying to craft the proposed bills now amidst the ever-evolving protest movements they would be tempted to go fast and make mistakes.

“Every police department should have a citizen review commission,” said Coleman. “That’s something that’s important to people who want their voices listened to. We have to make sure that there are consequences for when cops break the law, and they need to be held to a higher standard because they are supposed to uphold the law.”

That said, activists remain skeptical about many proposed actions, especially hurried ones meant to appease angry protesters. The hashtag #8CantWait has been trending with many celebrity endorsements. It includes eight actions that could be enacted by police departments immediately. Among those actions is a ban on chokeholds, which, as Henson points out, are already banned by most departments.

“There is a lot more going on than those eight things,” says Henson. “People want to find that silver bullet. We got here from literally hundreds of bad laws and policies over the course of decades. There is no simple fix,” he said. “In Austin we have strong duty-to-intervene protocols for police, but that didn’t make any of them stop other cops from firing into crowds. Putting a policy on the books isn’t enough.”