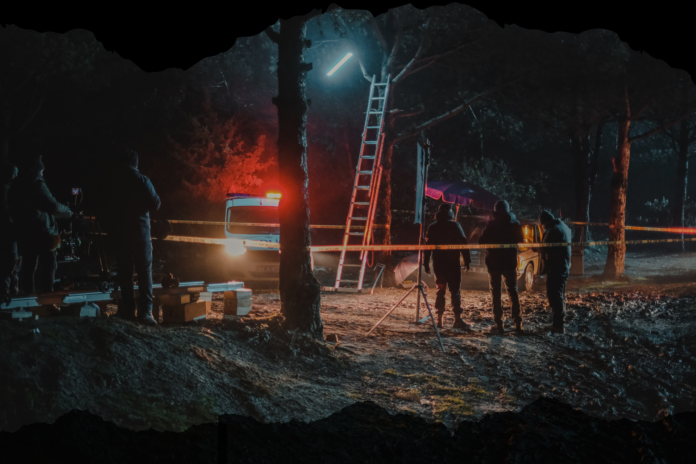 In 2020, State Rep. Craig Goldman released an ad that perfectly encapsulated the Republican proposal that Democrats are responsible for massive increases in crime rates.

“They stand silent as rioters and looters destroy entire cities,” it says. “And in the City of Austin, led by a Democrat mayor and Democrat city council, they are defunding the police. Cutting their budget by one-third, threatening commerce, jobs, and life.”

Governor Greg Abbott in particular likes to paint Democratically controlled cities in the state as responsible for a massive crime wave. In September, he signed a law blocking bail reform, and he made it clear who he blamed for a recent increase in murders.

“You’re facing a crisis that’s a consequence of having elected a lot of judges in Harris County who ran as Democrat socialists,” he said at the Houston signing ceremony. “These Democrat socialist judges, they believe in letting people out of jail as opposed to keeping them in jail. That’s why you have more criminals, convicted criminals, who are back out on the street, endangering public safety.”

However, the equation of more Democrats = higher crime does not hold up under scrutiny. While crime rates in cities spiked during the pandemic, likely brought on by economic factors and low confidence in the police, it remains historically low since the 1990s. Until COVID-19 hit, crime in America’s thirty largest cities saw steady decreases to near historic levels. According to the Brennan Center, crime fell in those cities for fourteen straight years. This includes Houston, Dallas, and Austin, all of whom were under mostly Democratic control for the period of decline.

There are large Texas cities under Republican control, and they have not been spared the increase in crime. In fact, Lubbock, currently under the control of Republican Mayor Dan Pope since 2015, ranks as the most dangerous city for violent crime in the nation, with a jaw-dropping rate of 919 violent crimes per 100,000 residents. Between 2019 and 2020, the city experienced a 182 percent rise in homicides.

Meanwhile, rural areas, usually under Republican control, are also seeing massive spikes in crime. According to a new report by The Wall Street Journal, rural areas saw an average increase of 25 percent in violent crime over the last couple of years. While this is less than the 30 percent increase seen in cities, it is still large enough to paint stresses around the pandemic as the culprit rather than a single party’s leadership style.

There is also the fact that even Texas’ blue cities are in a very red state, and red states have more crime that blue ones do overall. An analysis from Third Way, a center-left think tank, shows that the 25 states that former president Donald Trump carried in 2020 have a murder rate 40 percent higher than states carried by President Joe Biden. The highest murder rates were in the least urbanized states, such as Mississippi.

This is partially because of Republican embrace of lax gun control. Of the six states with the most gun deaths, all are under solid Republican control and all except Louisiana are among the least urbanized. According to the Centers for Disease Control, Texas had 4,164 gun deaths in 2020, a rate nearly twice that of California when controlled for population differences.

Starling footage of riots and protester clashes with police such as in Goldman’s ad seem to make a case that Democratically controlled cities are in a state of lawlessness, but all numbers suggest that the increases in crime have to do with other factors such as the effects of the pandemic and the presence of guns. Rural areas have seen enormous crime rate spikes as well urban ones, and cities with Republican mayors have fared no better and sometimes worse than their liberal peers.